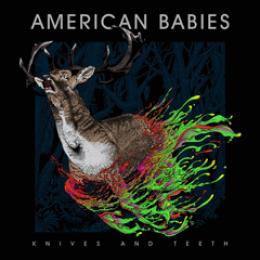 $11.98
At some point in every man's life, he looks in the mirror and is surprised by what he sees. His hair is a bit more gray, his skin a bit more wrinkled, his eyes are paler than he remembered them being the day before. He begins to wonder: What is my life's work? Where am I headed? What is truly important to me? For Tom Hamilton that day is today and the questions are being asked on Knives & Teeth, the powerful new album he s recorded with his band, American Babies. Over the course of 10 songs that range from uplifting to heartbreaking, Hamilton considers the secrets of childhood, the impending doubts of adulthood and the weight of strained friendships, all set to a soundtrack with the brashness of The Replacements, the sonic intensity of David Bowie and the acoustic majesty of Led Zeppelin.

Hamilton is best known as one of the founding members of the highly successful electro-rock band, Brothers Past, an endeavor that infused the song structures of The Grateful Dead into the experimental music of Aphex Twin and Squarepusher (a sort of 'Pink Floyd with laptops,' as Hamilton calls it). When the strictures of band life became creatively stifling, Hamilton decided in 2007 to form American Babies. A loosely-organized operation wherein Hamilton is the sole constant member, American Babies has released three sets over the course of six years: their self-titled debut, which won them numerous festival appearances as well supporting gigs with Sheryl Crow, Derek Trucks and The National; a 2010 EP called Weight of the World; and, in 2011, their second long player, Flawed Logic.

When asked to describe his new record, Knives & Teeth, Hamilton's answer is short and compact but, like his lyrics, is loaded with deeper meaning: 'It's a 40-minute existential breakdown.'

For Hamilton, the subjects considered on Knives & Teeth -- love and loss, success and misfortune -- are the natural extension of where he finds himself as an artist at present. There's 'When I Build My Fortune,' a soaring acoustic portrait of a man considering what his life is like today through the eyes of himself as a 12-year old. 'Cold Blooded' is also about looking inward and deciding whether to rise up or step down. Throughout the course of the album, from the Lou Reed-inspired 'This Thing Ain't Going Nowheres' to the inspired punk energy of 'Bullseye Blues to the head-shaking acceptance of 'Goddamn,' Knives & Teeth, says Hamilton, 'speaks of the game of hide-and-seek that humans play with the Grim Reaper.'

'When you're in your 20s you focus on things that don't seem to maintain their importance as you get older: Chicks, partying, making lots of money. Then you grow up and you realize none of it actually matters, so you dig deeper. I spent a lot of time with some activist friends and the Occupy movement. That pushed some buttons, but I keep digging. Then I had a couple of close friends pass away within a few months of each other and that made me really dig in. I started to think about my own mortality. Reconsidering what was really important to me,' muses Hamilton. 'It's like: when you're born, the Grim Reaper is far away and all has to throw at you is a pebble, but as you get older, the pebble becomes a rock; then it becomes a gun; then it becomes a gun with a scope. Eventually, he ll get close enough and his weapon will be sharp enough to hit you. Knives & Teeth is about what happens between now and that day.' 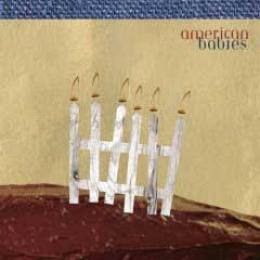 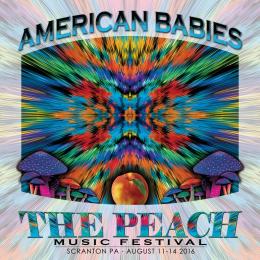