Local favorites, BIG Something opened the show supporting Moe. on Tuesday, February 4th, to a full house at the Lincoln Theater in downtown Raleigh, North Carolina.

BIG Something played old favorites and new material from their latest release the self-titled CD "BIG Something".  The band substituted the lyrics during their performance of a fan favorite, Amanda Lynn, with a nod towards moe. and their fans with the phrase "Who's got my Rebubula, cause I can't find mine!"

BIG Something also rocked a mashup that melded Stevie Wonder's Pastime Paradise, into Colio's Gangster Paradise into Weird Al Yankovich's Amish Paradise. The last two sements featured Casey Cranford and Joshua Kagel on the mic – a rare event, which their fans love to see.  BIG Something closed their set with the lead track from their new CD, The Curse of Julia Brown. 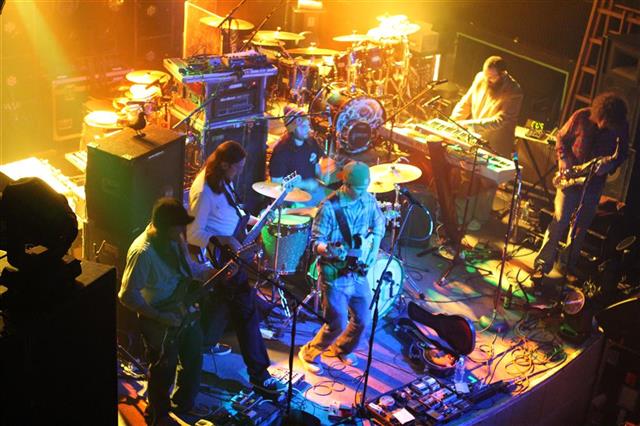 Moe took the stage and kicked off their first set with Billy Goat which went right into Stranger than Fiction. The rowdy crowd moved with the music and the first set which was supposed to end with Mexico, but, instead was changed to Rebubula, a nod back to BIG Something's question in the opening set. I was told later that Chuck and other members of the band had come out to listen to BIG Something's performance delivering the response to their rather pointed question.

After a brief setbreak Moe came back on stage and stormed into the second set with a Timmy Tucker into Sensory Depravation Bank.  Moe's light show kicked into high gear as well, as the band played their way through the set with a song selction which seemed to bounce  back and forth through their entire discography including Rainshine, Mar-DeMa, Lost along the way, and then a slow and nasty Opium.  The set closed with a Bullet into Kyles Song that lasted almost 30 minutes. 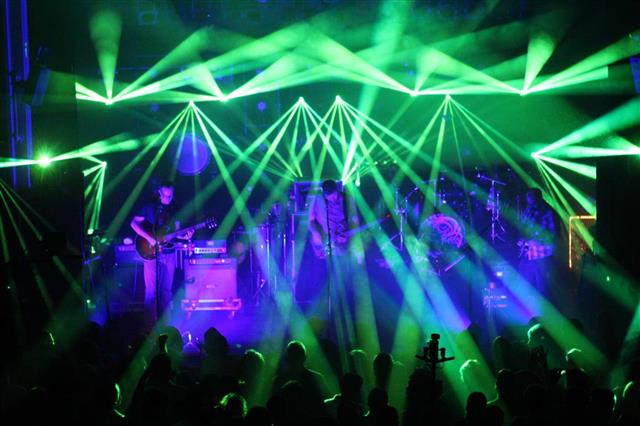 For their encore, moe played Cathedral, a song which asks you to break out of your comfort zone and Al Schiner, picked up his mandolin for Time Again to close out the show.

You can listen to these performances here: