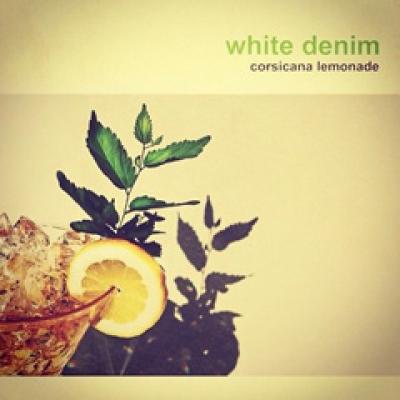 The perks of chasing your dreams are few and far in between. It’s easy to give up, give out and step on the grey track. It’s even easier to give in, do nothing, wallow in self pity and chime in with that cigarette break chatter. Unlike most, White Denim has pressed on while standing their ground. Although they’re not making millions and are lacking in media coverage, they’re “getting paid to play the music that they love” (Josh, drums).

Being unique in today’s music scene weighs heavy in benefits for us, the listener. “Like all the best bands [White Denim] don’t slot neatly into any pre-existing paradigm. On the polarized Austin music scene they are too musicianly for the indie kids and too arch for the retro rockers” (www.theguardian.com). This combination is featured on their new album Corsicana Lemonade which is instrumentally jarring and a treat for anyone’s ears. The album touches on topics of staying true and the age old mystery of dreaming while maturing. For the White Denim enthusiasts, welcome. For those who are on Intro to White Denim 101 (much like myself), don’t expect a history lesson.

The drug addict, the homeless man, the middle age cashier at 7/11 read as yield signs for those with childish dreams who have yet to lock them up in the basement storage. When is it time to stop believing that you will be a professional athlete, that you will be selling out concert venues, that you will be signing autographs? When is it time to change? I don’t know ask Robert Frost, but as White Denim states in the album opener, “I know you think it’s easy to change, but it’s a symptom of age.” “At Night in Dreams” is a driving, rhythmic, rock tune with minimal timely guitar solos and wonderful lyrics. It feels like a good opening line to a book. No way do you put it down. The album continues to “Corsicana Lemonade,” a jazzy, but rock ode to their home state of Texas and the small Texan towns they grew up in as well as tour through. “Limited by Stature” is a shorter, slower, more Band of Gypsy’s style song that flows perfectly into “New Blue Feeling.” This tune continues to showcase the diversity and true musicianship of White Denim – they can actually play instruments! – Its rhythm, tempo changes, key, and harmony sound like the illegitimate bastard child of Harry Nilsson and The Shins. The song carries you through the cycle of following your dreams; the lows of failure, the highs of new hope, and back to uncertainty. The melancholy feel matches the ever so pressing lyrics, “If this is goodbye, I have to ask you to try, to remember that I, was once strong.”

“Come Back” is an up tempo jam with funky rhythmic play, great drums, guitar and soul. “Let It Feel good” may be an ode to their vulture (literally) squatters, but its folky soft rock sound plus quirky lyrics having a go at growth make for a great romantic tune. The second to last song, “Cheer Up/ Blues Ending,” is not only an amazing jam, but a great commentary on their career. The drumming on this track is spectacular, driving and when necessary off. The guitar rhythm and base are funky and bluesy. The instrumental jam finish is purposefully and beautifully chaotic. The vocals are raspy, powerful and filled with soul. The lyrics speak for themselves, “you give them what you can do, and they taking what they like.” It plays as a fitting ending to the album and a final commentary on the question of growing older and still striving for your dreams. “Put a dime in your pocket, relax.”

But, that’s not the end for White Denim’s Corsicana Lemonade. “A Place to Start” wraps it up. It’s a slow, R&B, Soul Train type tune that I believe speaks to the new starting point for White Denim. They’re now in their thirties, some married and some with new born children. As Josh states, “That's a recurring topic for us: how to balance those responsibilities with being a rock band and keeping youthful dreams alive" (www.theguardian.com). They’re growing older, maturing, and with age comes change and new responsibilities. But what I know will not change is their musical integrity. And to those out their struggling to make their dreams a feasible reality, listen to Corsicana Lemonade and press on. As James (vocals, guitar) states, “You just have to have perspective.” 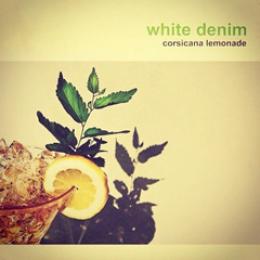 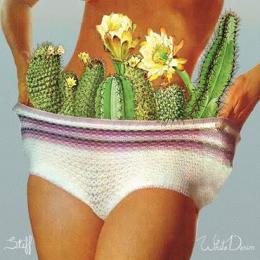