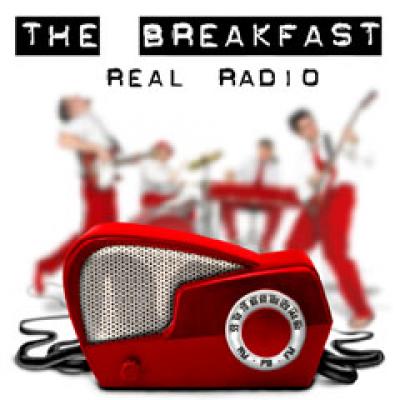 One of the least favorable comments about the improvisational scene is that most bands smoke live and suck on an album. This not entirely untrue claim certainly crashed down upon Psychedelic Breakfast. I didn’t agree; but I’d always be outvoted by friends who said: “Forgettaboutit. The Who never captured their live sound in the studio until Who’s Next.” Whatever. In the interval between the 2001 studio release, Deuce, the live hodgepodge 2003 test tube of Bona Fide, and Real Radio, came a name change and a reassessment of band goals—management, record company, song craft.
There has been a lot more changes since Bona Fide...for one thing, The Breakfast can no longer take criticism that (a) they can't write songs without five-minute guitar solos; (b) they write new age, post-hippy lyrics; and (c) they don't have the balls to release an album during the horribly dark days of Clear Channel entitled Real Radio...and mean it.

Real Radio is one of the best examples of studio usage since moe.'s intoxicating studio/live segue fest known as Wormwood. Every attribute that makes The Breakfast an outstanding, flexible and euphoric live band is showcased here. Tim Palmieri, lead guitarist and vocalist, finally reaches the vast region of his true potential. He's always been a guitar hero; but on Real Radio, he embraces his vocals with a conviction that equals his musical genius. Songs are flammable, sultry, and, most importantly, expertly honed spatial journeys that lift the listener into euphoric dreamscapes.

Inner Glimpse starts things off with one of Palmieri's trademark riffs--vocals kick in, song enters garage rock land and then shoots off into an open funk groove. Tempos are explored; genres teased. Meanwhile, not a bum note; not an out of place lyric. XTC recast as a heavy metal unit and, suddenly, Tim is Trey--gear shift: a great front man. From there, the huge surprise of Vera Street. Love to hear this potent melody during a live workout--Jam>Vera Street>Jam. This is the first notice that his hammerlock on his guitar licks has found a mate in his vocals. Initial lazy response would be that this song is a latter-day power ballad. A closer listen reveals a mature introspection that Palmieri will continue to ponder as a theme throughout the album. People pick up and move. Places change. Memories shift, but the mind always remembers where it has been even when its marching through the sands of time. Another step forward for The Breakfast.

Genres are continually manipulated and shaped according to the song's requirements and that is the great accomplishment of this album. The Breakfast won the Jammys Best New Groove of 2004 and how easy it would have been to continue jamming on into the stratosphere--becoming our generation's Pearl Jam: heady, trippy, a lot of fun, but what did we do last night? On Real Radio, The Breakfast obviously made a conscious effort to focus upon the album experience as art form. 2005 is suddenly the New Dawn of Improvisational Music--The Dead are on hiatus, Phish...is well...dead, and everyone everywhere is jamming with everybody to showcase this wonderful music we love.

Something odd is happening in our scene. Many bands are remembering that if you can master the studio it only opens up your book of ideas for the stage. Case in point: Sleeping Beauty--slow waltz through some 3D ten acre black light basement--10,000 people grooving all at once. The hip hop percussion of Adrian Tramontano during Beauty is fantastic; not to mention Ron "Bootsy Collins" Spears laying some major groundwork on bass. If this is Palmieri's album masterpiece, the light must also shine on keyboardist Jordan Giangreco--he's never sounded better in the mix: wicked force and smart restraint. Doughboy raises more eyebrows as you turn the volume even louder. Haven't heard this sound from the band either--and for the first time, the listener really feels like each song has segued from the next from some other band to some other band...subtle radio station gesture, but it works well.

Gravity is the gem of the first half of the journey. A 1995 Blur entrance leads into funk and pushes off into jazz playfulness back into Blur and out of absolutely nowhere, The Breakfast slides into a breathtaking jam that patiently unfolds over the next eight minutes. Giangreco and Spears really push the groove while Tramontano plays like Ginger Baker 2005. Palmieri anchors the band with a magnificent wah wah solo from heaven that crunches back to earth with a triumphant riff while Giangreco intersects again and again within Palmieri's delicious control-and-release motif. The band seems aware of their victory and then moves back into jazz playfulness. Liquid Brain of Zen, indeed.

No Regret--Zeppelin II played through really great speakers--Fairy, Score and Dimension 5 offer the most diverse sequence on the album (other than the stone killer mindfuck of Gravity). Fairy features journeyman musician Jeff Pevar on slide guitar and he doesn't disappoint--The Breakfast retooled as a bitchin' bar band. Trey's on hiatus from the horns in early-2005? Well...The Breakfast makes that situation irrelevant. Jennifer Hartswick from the Anastasio Band, Kris Jensen and the Addison Groove Project horns serve up an incredibly funky workout on a surprise instant Breakfast classic. Palmieri again shines with some tasty leads and colorful horn charts. Dimension 5 showcases Ron Spears on lead vocals and a wonderful Brian May-style solo from Palmieri. If you're going to dominate your own radio station, why not throw in a riff or two in honor of Hendrix, Page and Queen?

Palmieri wrote the album closer, The Grand Scheme of Things, before The Breakfast was formed back in the late 90s. The first and last thought? What the hell was this beautiful creature doing laying around collecting dust in a Connecticut closet for this long? Remember those massive songs everyone used to enjoy when they heard them once a week on the good radio stations? Remember the good stations? Doesn't matter. They're back on this album. The Grand Scheme of Things is 12 minutes and 30 seconds of alternate universe Zappa, Reba on YEM Ecstasy, stellar Giangreco, world's best drum circle, King Crimson Blitzkrieg, Guitar Overdub Happy, victorious rock thunder and something The Breakfast will always be: a band with a hell of a lot of soul. 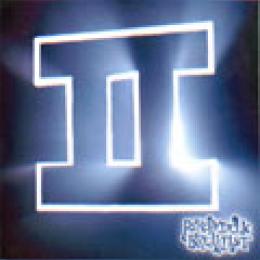 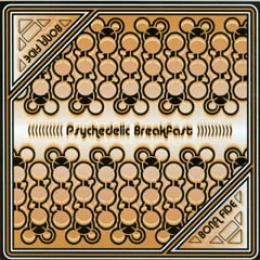 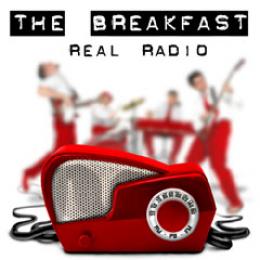 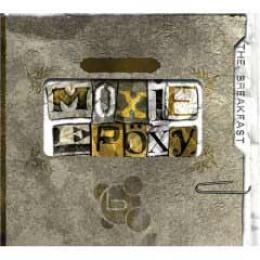