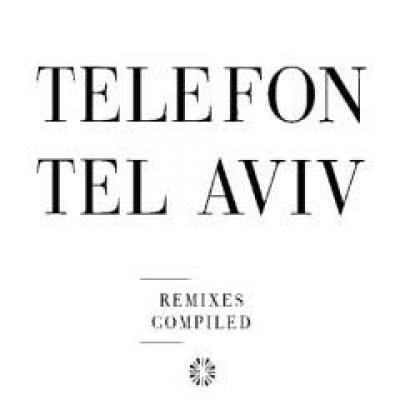 Like most New Orleans residents, Telefon Tel Aviv saw their lives turned upside down by Hurricane Katrina. Many musicians’ first response was musical, in the form of an album or special show. Telefon Tel Aviv, taking inventory of their lives and career, gathered their remix work for this eye-opening compilation that hopefully means the duo will be back and creating their unique musical visions soon. Remixes Compiled served as my introduction to Telefon Tel Aviv, and I think it would serve most people very well for such a purpose.
The glitchy album-opening remix of Nine Inch Nails' "Even Deeper" doesn't bring to mind Trent Reznor as much as Aphex Twin, and it's clear from the start that the subject matter at hand only slightly informs Telefon Tel Aviv's ultimate goal. Since I'm not familiar with most of the artists being remixed here, I had no preconceived notions of what the tracks should or should not sound like, so the unfamiliar lineup helped me focus on what Telefon Tel Aviv is all about. Then I had to find out on my own the artists that provided their inspiration, and discovered that Remixes Compiled traverses the globe from New Orleans to Germany, Los Angles, Austin, and the Midwest. As Reznor's work was treated with mind-bending trickery, I detected that the work of others was handled with subtle references to their individual styles. Bebel Gilberto's "All Around" is a clear highlight of the album, and resides on the dreamy, "Outernational" side of sound. Diverse, glitchy, and painfully short is the next track, a deeply intriguing remix of Hefty Records brain trust John Hughes' "Got Me Lost/Driving in L.A." Hughes' work is also featured on the disc's last track, which utilizes the song "Knock me Down Girl" by his band, Slicker. By the 3rd track I was mesmerized, and they surprised me again with the next track, a poppy, dramatic reconstruction of "Komponent" by the melancholic German artist Apparat. Equally catchy is TTA's swing at one of Austin's finest, American Analog Set, who find their ethereal indie style turned into a pleasing, cinematic wall of sound. Homages to like minded artists provide some of the album's most comfortable space, such as the sparse, melodica-laced "BBQ Plate" from L.A. Duo Ammon Contact that eventually turns into a foreboding yet danceable throwdown. Midwest Product's "A Genuine Display" folds nicely into a skittering high-hat beat and plodding piano melody lined with woodwinds, and Nitrada's "Fading Away" takes on a sexy, smoky atmosphere with sensual female vocals. Longtime collaborator Marc Hellner's "Asleep on the Wing" is as introspective as instrumental music can be in Telefon Tel Aviv's capable hands. It's not all electro indie-rock and techno madness, though. Big Band composer Oliver Nelson's most popular work, "Stolen Moments," gracefully swoons with lush strings before evolving into a cerebrally exciting pastiche of psychedelic horn manipulation and ghostly samples, and soul-jazz trombonist Phil Ranelin's "Time Is Running Out" gets mashed into a digital sea of squiggles and swooshes. While Remixes Compiled might require a bit of research (in my case, Googling) for newcomers to fully appreciate what's going on, one message is abundantly clear from the outset: the guys in Telefon Tel Aviv are music fans as fervent as the readers of this website, and there's nothing they can't interpret through their powerful musical lens. --Bryan Rodgers 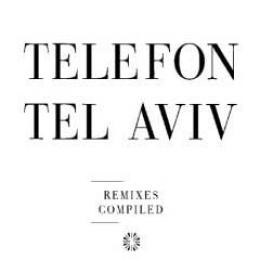