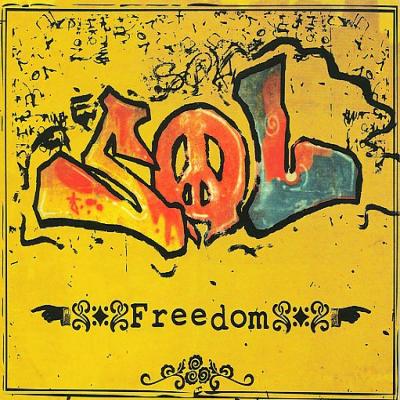 In utilizing screaming guitar and silky lyrics, “Freedom” is an excellent, energetic album with varied moods and styles.
Whether journeying through the blues, galloping through funky late-night passages, or laying a spirited "dub" groove down, the tracks on "Freedom" never stay in one place for long.  Sol, guitarist and vocalist, has an assured, confident voice that matches well with the bravado of his guitar playing.  He is joined in the group by George Penn on drums (has worked with Jah Works, Corey Harris, Hopehop, and Yams from Outer Space), Jake Dempsey on bass and a full cadre of guest musicians who join the fray for various tracks of this album.  Although I had no particular expectations when first listening to this album (as a first time listener), I was surprised and impressed by the evocative nature of these tracks.  Sol is an impressive guitar player and his chops are put on satisfying display throughout the album.  The compositions of the album are dynamic and challenging, employing shifts in mood to keep the album forward-moving and the listener on their toes.  This album proved to be quite a discovery for me, and something I'll be referring to several blues aficionados in my circle of friends.

"Freedom" begins with the relaxed, soulful groove of "So Fine."  The opening passages soar by like notes on a pipe organ, invoking the spirit of the cathedral.  This track, punctuated by bluesy guitar, meanders through the closing measures of the song.  "Cloud 99" is silky and refined, possessing a swagger fueled by howling guitar and carefree lyrics.  The title track displays the social consciousness that is at the heart of much "roots" music.  "Freedom" utilizes a relaxed reggae groove and idealistic lyrics, sauntering along on the strength of airy guitar.  "Girl" is a light-hearted track spotlighting playful lyrics and crunchy, bluesy guitar.  Guest vocalists Jessica Muse, Amanda Joyda Joyce, and Nirasi Ninjola offer excellent accentuation as this track saunters home.  "Rough Catfish" plants the listener firmly back in the barrens of the Mississippi Delta, as Sol howls like a man possessed.  Think of Robert Johnson's "Crossroads" fused with Jimi Hendrix's "Machine Gun," and you get some indication of what this song "feels" like.  Tall comparison, I know, but this song, with its wonderful use of mood, proves worthy of the distinction.  "Hellhound" strikes a wonderful comparison to the previous track and is imbued with ethereal flute (Tim Smith), lingering guitar, and a relaxed reggae / "dub" groove.

"Stank" employs a spirited funk sensibility, horn play, and a retro "throwback" quality that summons the spirit of "Maggot Brain" era Funkadelic as it lopes towards its jazzy conclusion.  After the soulful flourishes of "Don't You Tell Me," "Let's Get Down" returns the album to enthusiastic, fun waters.  Sol's playful lyrics mesh well with the rollicking keyboard that colors the periphery of this track, creating a song that would be great fuel for the "after party" vibe.  "Spirit Down" strikes a vivid comparison to the previous track, as mournful, wailing guitar returns the mood squarely to the "blues." Sol ventures from this bluesy interlude into the energetic gallop of "Tell You a Story," which is punctuated by a spirited groove and talkative guitar.  Sol contributes screaming harmonica to "Everything You Gain," invoking the spirit of prison work gangs and train-riding hobos.  This sort of haunting spirit pervades "Killin Floor" as well.  Sparse guitar and minimalist production values give this song an understated dream-like quality that lingers even after it washes away.  Considering the journey one has taken to get there, the unlisted "Freedom Dub" closes the album with a nostalgic flourish.

In reviewing the album, I was most impressed with its evocative use of mood.  The tracks on this album fluctuate like attractions at the state fair.  Guitar caterwauls through upbeat funk passages, then goes screaming through the blues, only to settle into a nice, almost polite groove for several of the "dub" tracks as well.  Sol employs excellent mood shifts with his guitar, and the varying tones of each track make them stand in stark comparison to one another.  "Freedom" never stays in one place for long, making for an entertaining, interesting ride.  The liner notes of the album credit the Music Maker Foundation for its efforts in preserving blues traditions.  It is heartening to see Music Maker affiliated with Sol, as Sol definitely recognizes many of the traditions in blues, yet infuses these traditions with a modern vitality that is engaging and Fun.  And the value of Fun cannot be understated in a good album.  Take a ride with "Freedom," and you'll see what I mean. 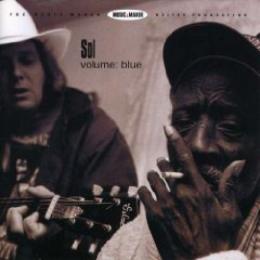 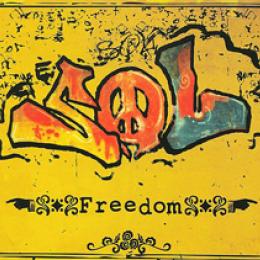 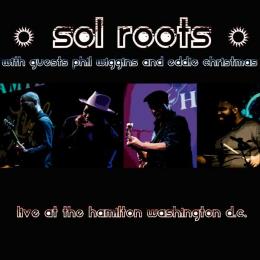