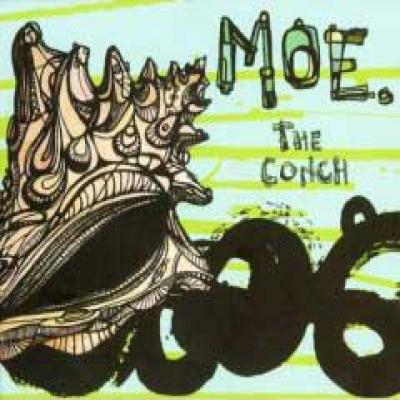 It's no secret that moe. has been trying like mad to shake the "album curse," the prevailing belief that bands with excellent live pedigrees simply can't make do in the studio. Well, they may have just gotten over on all the naysayers with The Conch, which shows the band's ingenuity at work. They put themselves in the perfect situation to record a representative album.
The entire album has a cavernous, expansive sound, no doubt due to the majority of the recording taking place at The State Theatre in Portland, ME. The songs were recorded in the live "setting"; only two of the band's ten days at The State were attended by an audience. Then songs were manipulated, re-recorded and re-arranged in the studio.

The opener, "Blue Jeans Pizza," is all faded glory, with wistful lyrics and a pronounced Steely Dan flavor boasting jazzy melodic shifts and strategically positioned guitar solos. This is pretty much the only instance of this style on the album. On The Conch, there's plenty of the trademark slow-burning, country-tinged jams that moe. has perfected over their lengthy career, such as the regretful "Lost Along The Way" and the gentle "Another One Gone," which is somehow sparse yet rounded out by the subtle application of many different sounds.

"The Conch" serves as a mood-shifting bridge into the longtime live favorite "Tailspin." "The Pit" is a fun rocker, laden with gratuitous guitar and a no-frills riff. The lengthy "Wind It Up" has a familiar sound that will please moe. fans, full of guitar, vibraphone, Chuck Garvey's vocals, and plenty of tempo changes. "Y Eaux Massa" is another of several tracks like "The Conch" that serve as bridges between more substantial offerings. This one takes the "Wind It Up" lyrics and transforms them into a sweeping choral passage.

"Down Boy" is an alternately funky and heartfelt offering, and at track number 10 it's obvious that a lot of the songs on this album are about loss and regret. Don't let that get you down on "Down Boy," though. It's one of the most dynamic and entertaining tracks on the disc. "She" continues the engaging string of tunes with Al Schnier's somewhat lusty lyrics and funkier verse-chorus-verse action, augmented by a playful section of solos from the two guitarists. "Where Does The Time Go" is a different kind of moe. ballad, lyrically complex and musically restless, but continuing the overall feel of the album.

"Summer o i" is perhaps the biggest departure I have ever heard from this band's core sound. It's a syrupy, droning tune that takes place completely in slow motion and features oddly harmonized vocals that give it a dreary pop sound. It's not the kind of track that I'll be rushing to hear again, and its placement nearly derails the experience of the album. "The Road" brings the listener back, not full-throttle, but with more melodic interplay and infinitely more interesting content. "MacIntyre Range" is a cinematic instrumental replete with strings and deep, dramatic thrumming, balanced by a lively acoustic guitar workout. The same key and spaciness carries over into "The Col," and the strange sounds and tribal rhythms reminded this listener of Medeski, Martin, and Wood's spacier moments.

Finally, the humid atmosphere coalesces into a nifty guitar lick and the band moves into the slow, shuffling, "Brittle End." This tune works more than any other slow song on the disc, in my opinion, because it serves as the closer and eventually morphs into an epic outro. "Fuck a duck," adds Rob Derhak, putting a silly party hat on an otherwise somber song. The Conch, though recorded in a live setting, captures a more intimate side of moe. than perhaps even they intended. Being on stage together obviously brings out the most creative aspects of their union. 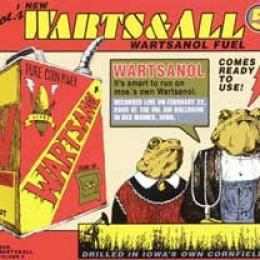 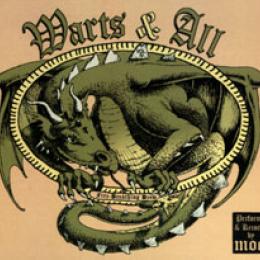 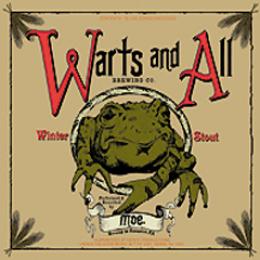 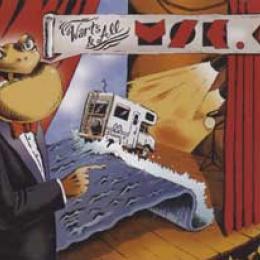