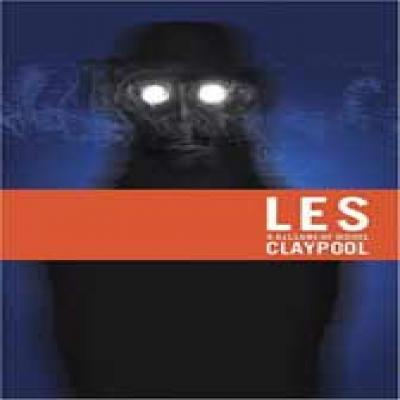 So did Aunt Susan break out the scrapbook on you this Christmas? Howdja like her gripping narration, slowly flipping through endless pages of distant cousins, great great uncles and “friends of the family”? Or maybe Dad wanted to impress everyone with his technical savoir faire and flip through all 400 photos on the digital camera you gave him last year—every single tiny event from last Christmas morning to last night’s ceremonial bird carving. Good stuff, huh?
The problem with these spontaneous genealogy lessons isn't that they're not interesting, or that the student is a heartless ingrate with no love for his family or its history, but that they just. Seem. To drag. On. Forever. That most of the people in the book are someone else's friends or relatives that you'll never meet doesn't make the lesson any more interesting.

Les Claypool's new video scrapbook, 5 Gallons of Diesel, is a tad more forgiving. Chances are, Uncle Les won't be sitting down at your Christmas table next year, so you won't have to grudgingly oblige when he offers it up after coffee and dessert. If you want to volunteer, you'll have to go out and buy it yourself. If you happen to discover that Lesology 101 isn't exactly what you had expected, you've always got the power to drop it. No refunds, of course, but just touch a button. While you may be tempted to stop it altogether, I'd suggest fast forward: you wouldn't want to miss Aunt Susan's incriminating pictures of Dad's college years, and there are some equally juicy nuggets here as well.

Like most scrapbooks, much of 5 Gallons of Diesel is fuzzy, whether from the age of the pictures or the blurring of memory. The live shots of Sausage and Holy Mackerel, Claypool's first not-Primus projects, give a good idea of exactly where both Claypool and technology were at the time. The audio, apparently captured from a muzzled kidnap victim who swallowed a micro-cassette recorder playing back a tape of the shows, ruins the heavy chorus explosion of "Prelude to Fear," and the squint-inducing, dusty VHS video is tough to swallow. The clearer but still single-angle video on Holy Mackerel's surf-rock "Hendershot" is a little better, but the audio still whispers from beneath a pile of moldy linens in the corner of some deep, dank basement.

As pages turn and time passes, watching gets a little easier. While Oysterhead's experimental "Shadow of a Man" requires some effort, the big stage, pro-shot video is the best on the disc, and several of the Frog Brigade segments are of comparable quality. "David Makalaster," "Long in the Tooth" and "Whamola" are cutting room floor scraps from the first Bonnaroo DVD, and the sundowner crowd adds as much to the energy as the music itself.

The guest-flooded Jam Cruise performance of "Buzzards of Green Hill" is the collection's musical peak, with Jimmy Herring taking over while Karl Denson and Stanton Moore yuk it up from behind the percussion kit, and the Bucket of Bernie Brains and Les Claypool performances are a worthy follow-up. Bernie Worrell and Buckethead duke it out for funk-prog supremacy on the former, while Mike Dillon and Gabby La La bridge the sonic gap between Claypool and Skerik on the latter. Unfortunately, all these highlights come long after patience has already been exhausted.

To be fair, 5 Gallons of Diesel suffers more from bad organization than anything else. The DVD's numerous clips are organized autobiographically--logical for a career retrospective--but the grainy video and muffled sound of many of the early live clips require a patience that most fans just don't have. The "making of" mini-doc for the "Riddles are Abound Tonight" video--which appears in sequence while that for "Buzzards of Green Hill" is tacked on as an extra--isn't nearly as revealing as one would hope, and only adds to the disappointment of much of the disc's first half. Some of the most entertaining material--Claypool's appearances on "Fly Fishing the World" and a Bammies performance with fellow low-end master Rob Wasserman--is an afterthought, while the dusty, dated artifacts get first billing. With a little reorganization, 5 Gallons of Diesel could be a lot easier to watch, but I guess that's what the clicker's for. So, um...you wanna see Grand Canyon pictures? 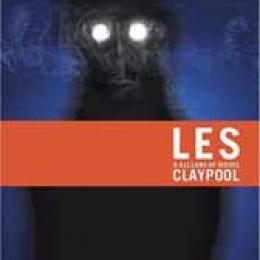 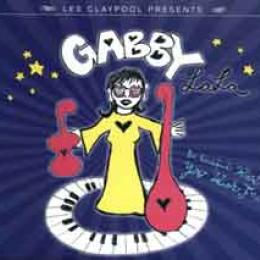 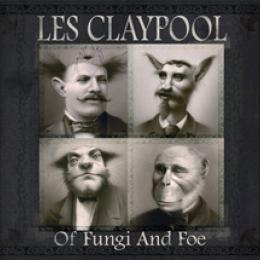 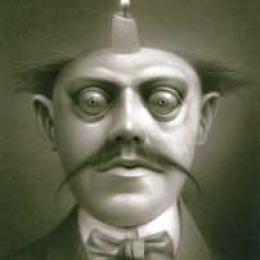