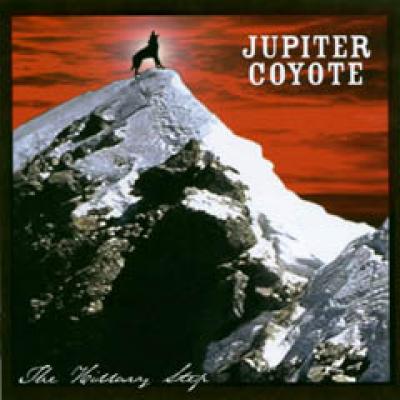 According to Jupiter Coyote co-founder Matthew Mayes, their eighth release is named for Sir Edmund Hillary, the first man to climb to the top of Mount Everest. The "step" is the final 200 feet of the climb, where it is said one either gives up and turns back, dies, or makes it to the summit. With "The Hillary Step," this five-piece Brevard-based band is set to enjoy a fantastic view from the top of the mountain, while the modern music world of American Idol pan-flashes and Janet Jackson body-flashes keeps falling down around them.
A more "relaxed" offering than other Jupiter Coyote collections, "The Hillary Step" is packed with songs that carry life lessons more so than stories -- lessons such as: don't wear yourself out by chasing the all-too-often empty corporate dream ("Nothing To Prove" and "Wheel"); love is at times bittersweet ("Falling" and "Today"); take time to appreciate beauty around you ("Tattoo"); and the benefits of challenging oneself versus meandering through life ("A
Little Like Me" and "Fool's Tale").

Written and sung by drummer Noel Felty, "A Little Like Me" starts the Hillary Step hike on its way with a tune of personal growth, relationships, and a tip of the hat to his band mates. Felty shows that his songwriting prowess is right up there with that of his uncle John (guitars) Felty and Mayes, while his vocals cast shadows of a younger Gregg Allman. Also highlighting the younger Felty's all-around musicianship are "Fool's Tale" and "Today." The first is steeped in a rollicking Irish-style rhythm (accentuated by fiddle-and-bow man Steve Trisman), later giving way to a more slippery, funky beat. If you pay close enough attention to this same song on the concert DVD (included with the studio cd), you'll hear a different chorus. Other hidden surprises scattered throughout the cd include guest musician appearances by Count Mbutu (percussion), Matt Weldon (bass), Beth Wood (backing vocals), Phillip Lamonds (mandolin), and former Jupiter Coyote member Robert Soto (congas). Bittersweet mental imagery is sparked by "Today," an ode to loves or might-have-beens that most everyone has experienced at one time.

Mayes penned what, to me, is the cornerstone song of this collection, "Nothing To Prove." Anyone who has ever had the desire to leave the dog-eat-dog competitiveness of the 9 to 5 world will be inspired to lean towards a simpler life while listening to this cut. Love gone bad is eloquently described in "Falling," with lines such as "Unrealistic expectations and a vision of love blinded with conditions...There's no way to change whatever is going to be, as we both go our separate ways through life's mystery." Long-time followers of Jupiter Coyote will be happy to hear a new take on the concert staple "Crazy Women" (from the debut cd, "Cemeteries and Junkyards"), this time around described as being the "groove" version.

Another "don't buy into the often empty corporate dream" view is held in "Wheel." The underlying lesson here is to keep hold of the "wheel" that guides your heart...don't allow the world's road to dictate your path. In Mayes' own words, "success is a roof over your head and food to eat...ask anyone who lived through the Depression." This is one of the most harmony-laden songs on "The Hillary Step," sounding much like vintage Doobie Brothers classics. "Tattoo" uses the image of a simple flower to convey an appreciation for the beauty and strength in the delicate things surrounding us.

The final track, "Fade," is an instrumental, starting off as gentle and easy as a mountain sunrise out of a pale mist via Mayes' infectious rhythm, which soon is avalanched by the jamming sounds of drummer Felty and fiddler Trisman. Not to be left out are the "Duke" of Jupiter Coyote, guitarist John Felty, or bassist Sanders Brightwell....check out Felty's trademark tones on the lead breaks in "A Little Like Me" and "Fool's Tale," as well as his riffs in "Tattoo" and "Falling." Brightwell holds The Hillary Step in check with his always-solid and steady bass lines.

To borrow a line from "Nothing To Prove," "it's life's simple things so often times overlooked, just like the chapter missing in a real good book..." Don't allow "The Hillary Step" to be a missing chapter in your music collection. 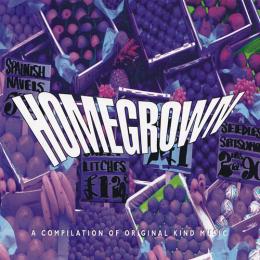 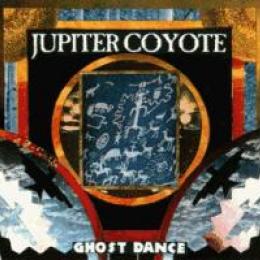 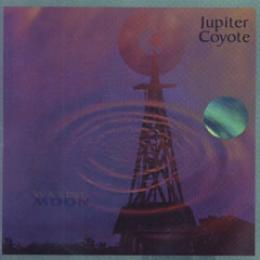