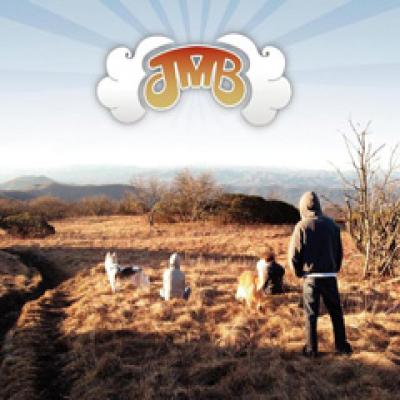 Featuring sophisticated lyrics and interesting musical arrangements, “JMB” is stylish and satisfying.
"JMB" is a charming collection of original songs crafted by Baltimore's John Mancini Band.  An accompanying press release details Mancini's background working for Warner Brothers and HBO, the publishing of two short stories, awards at film festivals, graduate school, and the travails of working in a liquor store.  Such is the varied and interesting life that Mancini has lived on the way towards fulfillment as a musician.  The songs of "JMB" are definitely imbued with this sense of hard-earned wisdom, and Mancini wears the mantle of modern singer-songwriter very well.  The musicians that complement Mancini provide lots of interesting instrumentation choices.  He is joined by Tom Haller on drums and concertina, David Wright on bass, Russell McCray on alto sax, John Mancini Jr. on trumpet, Patrick McAvinue on fiddle, and Adam Kahn on cello.  The songs on this album are varied in tone and mood, but are personified by warm vocals, excellent musical chops, and a definite dramatic flair.  Several of these tracks feel like soundtrack pieces and that seems fitting, considering Mancini's background in the film and entertainment industries.

The album begins with "Don't Go Easy," utilizing breezy horns to invoke the spirit of Western skylines and tumbleweeds.  The song is punctuated by violin and Mancini's warm voice and transitions into a spirited, excellent jam to close.  "Lighthouse" begins with methodical, loping guitar that feels nostalgic and satisfying.  Additional instruments are added to the stew as the song progresses, resulting in a short but sonically satisfying number.  "Evolution" begins with dramatic guitar and horn before Mancini's voice takes prominence; violin and guitar interact playfully to close the song.  "Buried Alive" seems steeped in the spirit of classic rock, with echoes of Bernie Maupin and Elton John seeping through.  The song concludes with a striking symphony of horns and concertina.  The concertina, with its xylophone-like sound, is a unique and interesting contribution to several tracks on the album.  "Lost in Space" features Mancini's yearning voice, alternating moods, and an energetic funk groove.  This song has an interesting, "cinematic" sensibility.  Mancini's voice yearns through the opening notes of this song, and he delivers lines that will make your girlfriends shiver.

"Ray of Light" is highlighted by concertina and saxophone and combines vocals and guitar to create a wistful, nostalgic track.  "Andy Roam" re-envisions the Bob Dylan classic "All Along the Watchtower," utilizing particular lyrics and chord structures from the timeless classic.  "Switchback" begins with a foundation of drums and bass, establishing a nice pocket for the album's most enthusiastic saxophone work.  A talkative, skittering guitar joins the conversation while saxophone ratchets the song forward to its conclusion.  Up to this point, the album has been characterized by dramatic, evocative lyrics.  This instrumental track shows the band to have considerable "teeth," as well.  "Pirate Sun" feels soulful and melodic, with crisp vocals and a sense of harmonics that reminds me of the "indie" rock superstars, the Shins.  I like the various layers of this song, with warm fiddle closing the track.  The album closes with "Posse," using winsome fiddle, whistles and saxophone to summon the spirit of cowboy lynch mobs.  "Posse" feels like a nice bookend track to the opening track of "Don't Go Easy" as both songs invoke an old Western sensibility with a decidedly "modern" perspective.  I would suggest that these tracks reflect Mancini's background in film, as both of these evocative songs feel like pieces in a larger soundtrack.

In reviewing the album, I am most impressed with Mancini's vocals and lyrics.  I also really like the steady contributions of his band mates, who offer excellent flourishes throughout the album.  Several tracks have arresting, breath-taking moments, while others are sonically challenging and interesting.  Although the album has a decided "singer / songwriter" feel, there are plenty of robust musical passages throughout the album as well.  The instrumentation of the John Mancini Band is striking, as concertina, piano, violin, cello, and piano all bubble forth in various tracks of "JMB."  Mancini's lyrics are intelligent and mature, and his delivery is convincing.  The tracks on this album show an effective management of many different styles and Mancini delivers excellent results. 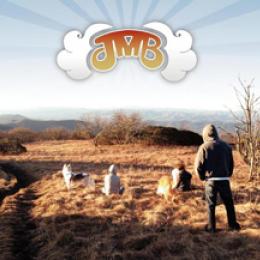 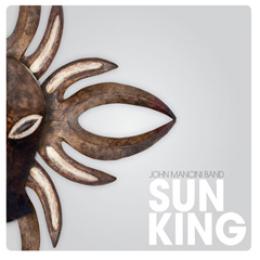