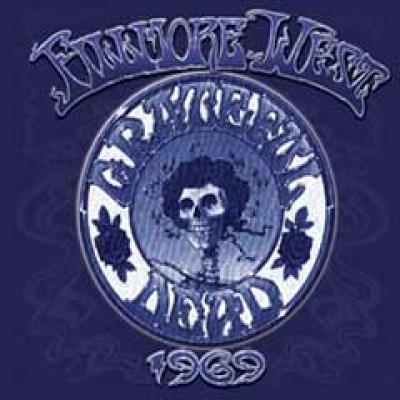 At Vegoose, Trey Anastasio was asked to comment on some aspect of the current jamband scene. Somewhere in his response, he clarified that, when he was growing up in suburban New Jersey, there was only one jamband—they were called the Grateful Dead. Indeed, when Anastasio was weened on the Dead, Zappa, and progressive radio rock in the mid- to late-70s, the term “jamband” would have fit the Dead pretty well. While there was a strong dose of improvisation in every performance, setlists were constructed of songs with the standard popular music formula—the Dead stepped through a door every time they left a song behind, but the songs themselves generally closed the band inside the four walls and a ceiling of verse, chorus, bridge, rhythm and melody.
Despite its ever-expanding reach and flexibility, however, the term "jamband" still doesn't do justice to the hulking behemoth the Dead was at certain stages of its career. After their first two records, but before releasing the Americana classics American Beauty and Workingman's Dead, the Dead were neither more nor less than a jamband; neither were they merely "a band that jams." During the late 60s and very early 70s, after maturing from the freak-blues cover band they started as, the Grateful Dead were downright experimental.

That version of the Dead--the avant-garde, sensory propulsion, acid test soundtrack machine--hit its psychedelic peak during four nights at the Fillmore West, all of which were recorded on then state-of-the-art 16-track equipment and are now highlighted on Fillmore West 1969. Culled from the same collection of recordings from which Live/Dead--which Dead scribe Dennis McNally calls one of the two or three best live albums ever made--came, the Dead's newest archival release on Rhino confirms just how powerful a force the Dead was, not just as the figurehead of a burgeoning countercultural movement, but also as the American band that expanded the possibilities of popular music.

From the first notes of "Morning Dew," the band is well within reach of the outer edges of musical possibility. Fueled by Jerry Garcia's organic, distorted tone and the background hum of Tom Constanten's organ, the band is careless and loose enough to wander into the musical unknown, but tight and trained enough to keep a gentle grip on melody and rhythm. The sound is dirty and sepia-stained from age and overworking the recording levels--a far cry from the crisp, clean midi-heavy sound of the 80s and 90s--and Garcia's voice is at once young and naive and honest and confident. The opener rumbles into an earthquake as Phil Lesh adds some weight to the spaces between Garcia's soloing, and just as the floor stops shaking, Garcia and Bob Weir's aftershock shakes a little more plaster off the walls.

While much of the three-disc set follows the Dead along their psychedelic romps through the wilderness of musical possibility, the band hadn't yet abandoned their previous identity. A still healthy Pigpen struts his bluesy growl through "Good Morning Little Schoolgirl" and "I'm a King Bee," and the incense and peppermints San Francisco psychedelic pop of "Doin' that Rag" holds its own, stretching the vocal emotiveness of Garcia's guitar to its limits. The Pigpen songs showcase some of the best acid blues Jerry ever played, and "Cosmic Charlie" starts out dirty and faster--more like the Beatles' "Revolution" than the slick San Francisco pop of the Dead's first two albums--and acts as a bridge to "Turn On Your Lovelight" and "Dupree's Diamond Blues," which tie discs one and two together.

But the focus of this collection is on the Dead's two major song cycles, each of which was explored every night of the four-night stand. Jerry's rare acoustic solo drifts out of "Mountains of the Moon" into silence until Constanten reincarnates it in the "Dark Star" riff, blasting the band into the three-song suite that would become its late-60s signature. Unlike the fiery and explosive version on Live/Dead, this "Dark Star" is easy and smooth, slipping in and out of the main theme, while Garcia sings Robert Hunter's words like he's at a poetry reading. His soloing is essential to the theme, but Bob Weir is the head prankster here, setting the melody's cadence as Lesh fills the cracks while the song flows easily like water over rocks.

Familiar notes drop from the somber exit, and the heavy percussion and rocking changes of "St. Stephen" shake up the silence. Cymbals burst in air before the song's red glare illuminates the William Tell section, which unravels into chaotic blues before the loose melody of "The Eleven" arises from the cacophony. What follows--Garcia gathers the band together, sparks flying behind the overloaded beast, lighting brush fires on the road side, until Lesh takes the wheel, Constanten, Kreutzmann and Hart hop on the racing bus, and the whole scary thing barrels down the road seven wide, daring anyone to get in its way--is irrefutable proof that no other band could ever do what the Dead did.

Disc three solidifies the case. Whereas the ambient whispers of "Dark Star" slipped between the cracks and around the corners, "That's It for the Other One" just knocks the walls down. "The Other One" explodes through the wavy sheen of "Cryptical Envelopment" as the Dead's San Francisco alchemy turns flowers into metal before Black Sabbath ever hit American shores. Garcia is the guitar hero while Phil's bass sings lead, wailing mythical poetry about fantastical realms long passed or far ahead. The two meld into one as the suite approaches the final turn back into "Cryptical Envelopment" before revisiting Pigpen's blues on "Alligator."

The "jam" that follows moves from simple guitar noodling over a full-band accompaniment, to a group improvisation that flows into the instrumental pre-benediction of "We Bid You Goodnight." After three long discs, the a cappella reprise of the traditional closer is more of a lullaby than a benediction, putting this particular incarnation of the Dead to rest.

As the band's historical legacy becomes as important as the music itself, historian Dennis McNally is coming closer and closer to being a member. His liner notes illuminating the months and years leading up to this music are as insightful as ever, and combined with intimate photos from Herbie Green and Rosie McGee, the historical material wrapped inside the nearly indestructible packaging almost makes the music just an added bonus. McGee's photos in of the band in Novato, CA give some clues as to the inspiration for the band's next, decidedly rootsier, chapter, but aside from that, this set is Live Dead in its purest form, and perhaps the most essential archival release from the band in years. 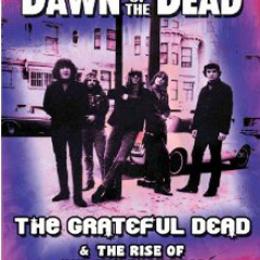