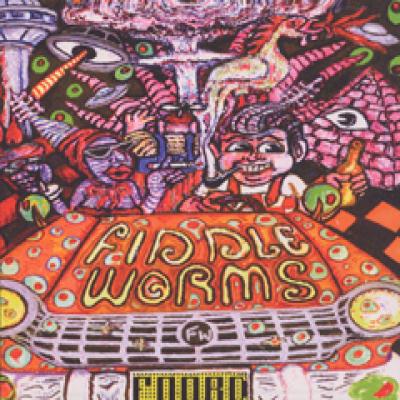 Fiddleworms hail from Muscle Shoals, Alabama, and their breakthrough album, Volkswagen Catfish, has arrived.
As you'd expect, a sincere Shoals sound permeates the album, and there's a fair dose of the "southern alternative" sound exemplified in groups like Drive-By Truckers (which is to be expected, since guitarist/vocalist Rob Malone was once a member of DBT). Fiddleworms aren't a one-trick pony, though, as the diveristy of moods and rhythms on Volkswagen Catfish are a pleasant surprise.

First, the two vocalists (Malone and Russell Mefford) lend distinctly different styles to the songs they sing, and Malone's familiar country rumble fits right in behind Mefford's smoother sound when they harmonize. Beyond that, the band finds a way to work all kinds of different vibes into their rock and roll framework of bass, drums, guitars, keys, and vocals. Even in the first three tracks, there are 3 different moods - Malone's "428" has a classic uptempo southern rock sound, while Mefford's "Easy Girl" and "Heartbreak Escapade" bring jazz and reggae elements into the mix. These guys are talented performers and, aided by the production skill of Jimmy Nutt, present a full-bodied sound full of memorable solos and melodies at every turn. The epic "I'm Not the One" stuck with me in particular, and there's plenty to love about the whole album, like the prog-rock touches on the dark "When the Axe Fell," the New Orleans-scented "Strutting Duck," the classic country feel of "The Noble Lie" and "Crows," and the title track's ever-shifting time signatures and wealth of ideas.

I was skeptical about the band at first, but I'm a true believer in their music after a wonderful experience listening to Volkswagen Catfish for the first time. Their name and album artwork don't exactly inspire excitement for newcomers, but there's a price to pay for judging a book by it's cover. This disc is just full of great singing, amazing instrumental work, and flawless production. It's one great song after another, and each song reveals another facet of the band's ability. If you're visiting the HGMN site, chances are good that Fiddleworms deserve your further inspection and a good, long listen. 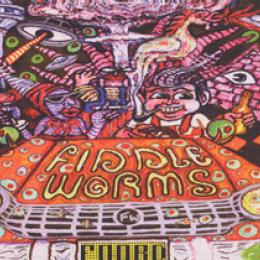