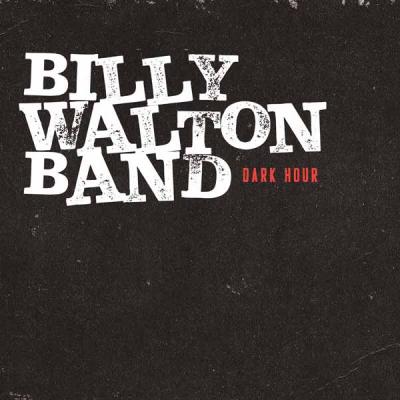 Dark Hour, the eighth release by the Billy Walton Band, captures a band continuing to write original songs that are deeply rooted in American Rhythm and Blues, with a large Rock & Roll edge.

This new release consists of ten newly penned songs and two cover selections that provide an inspiring display of musicianship.

Dark Hour opens with the one-two punch of the highly energetic song selections "Think of Me" and "Long Slow Descent."  Two straight ahead Rock & Roll numbers that display the high intensity and tight musicianship of this six piece ensemble.  This is not your local bar band playing down the street during the weekly Tuesday open mic nights.  This is a seasoned group of musicians led by vocalist and guitarist Billy Walton, that come together as one soulful driving musical engine perpetuating the impressive and cohesive sound that is the Billy Walton Band.

The next album track down shifts into a slower tempo R&B flavored "Can't Love No One" which is the first digital single released off Dark Hour.  This original is an easy flowing ballad in which the steady pulse of the rhythm section provides a nice backdrop for Walton's unique vocals and guitar leads.  The warmth of the Hammond B-3 playing on this selection makes for a great complement to the song's feel.  The eclectic "You Don't Want Me" then follows suite and turns the corner into a borderline Pink Floyd tinged sounding track where Walton's guitar solo mirrors what could also be heard coming from the guitar work of David Gilmour.

Traveling deeper into Dark Hour, the soulful "Long Way Down" is another original track that is very reminiscent of that forged sound from those Otis Redding and Booker T & The MG's collaborations of many decades past.  A heartfelt song about heartbreak, healing and moving on in life, with Walton's vocals and guitar work guiding the songs direction with emotional grace.  The addition of horns provide an even richer musical layer to this track that further highlights the inspiring display of the slow tempo R&B abilities of the band.

To this reviewer's ears, the next track "Confusion" might be perhaps the most favorable selection on the album.  The infectious groove that evolves from the opening notes is undeniable as the rhythm section drives this original providing a positive upbeat backing for Walton.  Add in once again the infusion of the horns to this mix, and this selection features an exciting interplay between the vocals, guitar and horns.

An edgier, hard rocking "Gold Mine" then comes next along with the rollicking smoother R&B selection "Free World."  This latter track introduces backing vocalist Charlene Holloway to the mix with her gospel styled vocals that provide another soulful musical layer to the bands sound.

As for showcasing the depths of the Billy Walton Band's interplay ability with one another, the track "Funky Fever" capture's this essential quality of the group in spades.  This track could easily have extended past it's 4:15 minute time frame with the unit continuing to play off each other journeying into improvisational territory.

As the inclusion of a couple of cover song selections, it is fitting that one of them should be a cover of the Gary Moore song  "A Cold Day In Hell."  And this rendition completely does the song full justice, and then some!  Walton simply drives this version with his vocals and guitar shredding.  The Billy Walton Band stamps their signature sound on this song as they also do on the following Neil Young cover of "Cortez The Killer" where Walton's delivery is his own, making this a memorable version.  Both covers are satisfying addition.

And on the footsteps of these covers, the nearly all instrumental track "People Talking" brings Dark Hour back full circle where it began with the hard rocking opening tracks. This album closer grabs your attention and unfolds into a unique musical number where the sparse lyrics of "people talking" appear interspersed throughout.  Once again, another Billy Walton Band song that presents the runway for improvisational play. An interesting album outro selection to this twelve track release.

At one time the Billy Walton Band was described to me as the musical child of a Pearl Jam and ZZ Top conception.  The wide musical map that is covered by the band and displayed on Dark Hour, is worthy of that description.  Dark Hour is a welcomed addition to any music collection and time well spent listening for those looking for genuine music with that R&B flavored, Rock and Roll edge. 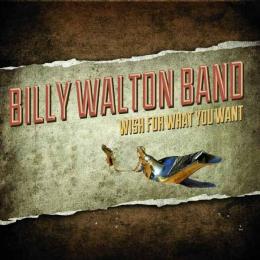 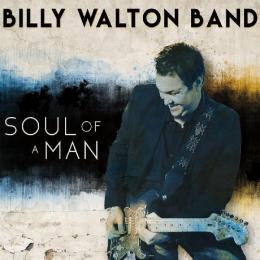 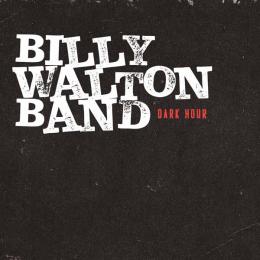