Saturday Nov 16 at The Flying Monkey in Plymouth NH

Mandolinist Jeff Austin is unstoppable. He is celebrated for his fleet fingers and penchant for improvisation on stage, but those qualities also speak volumes about how he chooses to live. Austin has cultivated his natural musical abilities and allowed himself to be driven by his boldest instincts.  In this way, he has been able to build positive, exciting momentum around his life’s greatest passion.

“I remember standing in front of the Grateful Dead three weeks before I dropped out of college and thinking, ‘there’s so much more to this music thing than being educated and being told what you are,’”

Serendipitously, he met banjoist Dave Johnston around the same time. He encouraged Austin to try the mandolin so as to join his band The Bluegrassholes. “I never took lessons,” he admits. “ I jammed night after night with these guys. There’s something about the pace, the speed, the aggressiveness, the chasing of the beat.” Austin was hooked.

In 1998, Austin and friend Dave Johnston relocated to Nederland, Colorado and met Adam Aijala and Ben Kaufmann, later forming the Yonder Mountain String Band. Together, the four musicians have created a wild, high-energy niche among the bluegrass legends of old and the up and coming jam band scene. Over fifteen years, Yonder Mountain String Band have built an intensely loyal fan base by playing festivals and venues across the nation, sharing the stage with legends like Jon Fishman, Phil Lesh, Mickey Hart, Bill Kreutzman, Earl Scruggs, Pete Thomas, and Jimmy Herring, and releasing five studio albums and five live recordings.

“My time with Yonder has taught me what is possible,” Austin says. “It has shown me that if you work hard at it and you believe in it and there’s a part of you that’s meant to do it, it will happen. It’s cliched, but it’s true.”  It is with this rich personal history at his back that propels Austin into a new creative direction as he prepares to step into the spotlight as a solo artist. On his forthcoming debut project, Austin’s songwriting remains rooted in Americana inspiration and the frantic energy of the jam genre but also, reaches even further weaving in more mainstream themes..Austin wants new and different, complex and interesting. He wants everything the music world has to offer, and he’s willing to work hard to get it.

Expect an evening full of new and energetic material along with many Yonder Mountain favorites with his band featuring Danny Barnes (banjo), Larry Keel (guitar) and Jenny Keel (bass)

JATOBA
On the surface, the energetic, rhythmic, acoustic sound that the Brattleboro based trio describes with the equation "bluegrass + new-grass = groovegrass" is the perfect soundtrack for kicking back and enjoying life, particularly on a sundrenched summer day. But listen a little closer and you'll discover a group that is rich, compelling, adventurous and artistically gutsy. What musicians John Jamison (acoustic guitar, mandolin, sitar and vocals), Jason Scaggs (acoustic guitar, acoustic baritone guitar, banjo and vocals) and Jeff Richardson (bass, spoons, vocals)bring to the table is a mixture of surprising chord changes, high-speed instrumental breakdowns, complex rhythms, adventurous solos, dream sequences, tight three-part vocal harmonies, lyrics which strike the ears like Beat generation poetry and often tell meaningful stories of introspection and redemption - these are all part of Jatoba's colorful, courageous palette. 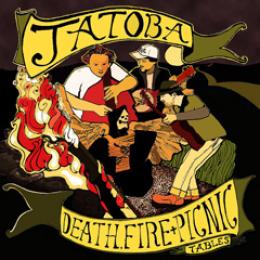 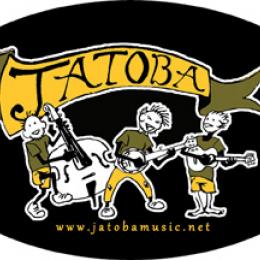 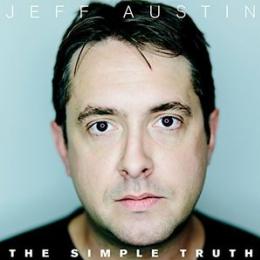