I last talked with the members of The Avett Brothers back in June of 2006. I recall sitting in their van before their set at Smilefest 12, talking with each of them in turn; Scott Avett about his music and painting, Bob Crawford about his ‘New Jersey Transient’ project and Seth Avett about his ‘Darling’ series. Casual, relaxed conversations as they readied themselves to do what they obviously adore doing; pouring out their thoughts, feelings, talent and, seemingly, their souls on stage.
The Avett Brothers: Seth Avett from the Road
By Jennifer Harp

Bringing my reverie back to the present day, I cannot help but be impressed by all that The Avett Brothers have accomplished since then; release of a six track EP 'The Gleam', release of their newest full length album "Emotionalism", a UK tour, a Conan O'Brien appearance, the addition of Joe Kwon, a rather hectic fall US tour and lastly, so far, several Americana Music Award nominations. Wondering how they have been affected by all of this, I had the chance to speak with Seth Avett over the phone during the band's drive to Norfolk, VA.

HGMN: So much has happened to the The Avett Brothers since I spoke with you guys last June; lets start with the UK tour, how was that?

Seth: It was very nice, only 8 or 9 days. Saw a few folks that had flown over from the States at those shows...that was great, brought a little hometown feel to it, you know.

HGMN: Then, the release of Emotionalism, The Gleam, a jam-packed fall/winter tour, Conan O'Brien, AMA nominees; do you find all of this in such a relatively short amount of time to be overwhelming?

Seth: No...Not overwhelming, rather moving at a good pace. We've been doing this project for like, 6 years now. The rise in activity and popularity...it feels right. Everything seems to be happening at the right pace.

HGMN: The AMA nominations, you guys are nominated in the categories of Album of the Year, Duo/Group of the Year and New and Emerging Artist. Congratulations on those...did any of you imagine in the early days of the band that you would be nominated for these prestigious awards...

Seth: (laughing) Thank you. I wasn't aware we were in any kind of running for anything. This did come as a great surprise. I mean, we are happy...we're in with some real good company, like Bob Dylan. This will be a first for us, an awards show. (Laughs)

HGMN: Joe Kwon on cello has added a whole new delightful "layer" of sound, not only on the studio album, but on your live performances as well. Would you say he is an "official" member?

Seth: Part of a crew includes a few people... Joe is the newest addition to the crew. He adds a lot on stage, certainly. He has picked up a lot more responsibilities with us on the road, more so than just the musical aspect of things, hauling instruments, that sort of thing. (Laughs)!

HGMN: You guys seem to have some what of a "cult" fan base...people are flying in from one coast to another to hear you play. Some folks drive 8+ hours, without thinking twice about it, to get to see you every weekend. Does that surprise you?

Seth: Like I said, we saw about 8 or 9 folks from the States who had flown over for our UK shows...so, yes, we do feel that element of surprise that folks appreciate what we do that much..it gives us a real warm feeling, you know.

HGMN: With this heavily laden tour you guys are on now I am sure you have experienced many changes.

Seth: Being gone from home a lot; it's difficult, but you learn how to maintain those home relationships. There is definitely an increase in the rise and attention for what we do and that's pleasing. For me, I was 21 when we started this project and I'm 27 now, so there's been a lot of...changing landscapes. You just have to take it day by day.

HGMN: Did you guys really get a new RV? How is it? What happened to the van, did you guys drive it into the ground?

Seth: (laughing) Hahaha..You're the first to ask about the van...well, actually, we're back in the van right now. Dane, you know Dane Honeycutt...he's great...he's driving the RV now. It was different, (laughs), and nice. But the van is like home. No, it's not run into the ground yet. (Laughs) It's shaking a good bit right now, we have to keep it under 80 mph or it just shakes...It's served us well. (Laughing).

HGMN: Have you considered the addition of a piano at some of the larger, sit down type venues...you do play it beautifully...

Seth: Thank you for that. Interesting you should ask that, as we have considered it. (Laughs) It's a definite for the future, but it's hard to figure how to travel as much as we do with one.

HGMN: I've heard rumors of a Gleam II and a gospel CD?

Seth: Yeah, we've recently finished up recording our gospel album, an "Avett Family Recording", with our Dad and our sister, Bonnie, and finishing up a Gleam II EP.

HGMN: How much of this familial influence is a factor in what you and your brother do?

Seth: Our Dad is an integral part of what we do. He's a songwriter. He wrote some of what we sing. He's done a lot with music. We went to church as youngsters and did a lot of singing there. My Grandmother Avett played piano in church, so I guess you could say it's been a natural progression, from early on.

HGMN: Where do you see "The Avett Brothers" going from here?

Seth: Well, we tend to stay very busy. (laughs) Right now we are concentrating heavily on this tour and also planning for our next full length release, which we should start working on early next year. We are also looking forward to some time away from the road...some down time. (yawns) Sorry...(laughs)

At this point, all though I could have kept talking with Seth for much longer, I took heed of his various attempts to conceal his numerous "yawns" during our chat. Understandably exhausted due to an intense touring schedule, Seth Avett was, however, the epitome of eloquence, geniality, good humor and grace. On the band's myspace page, they state: "It costs nothing to be honest, loyal and true." And, after talking with Seth Avett, I must agree.

To learn more about The Avett Brothers, get a taste of their music and see their show dates, visit
TheAvettBrothers.com. 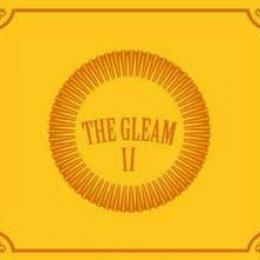 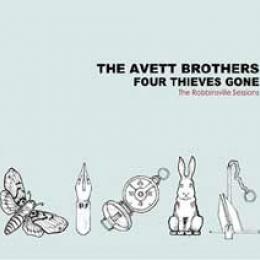