Charleston, SC's Dangermuffin is proud to announce the release of their newest studio album Heritage on March 31st, 2017. Themes of sea, sun, and spiritual connection weave through the eight-track release combining a cohesive blend of Alt-Americana, Island grooves, Folk and Jam. In celebration of the band's sixth release, Dangermuffin will tour throughout the spring and summer in support of the album. A full list of confirmed dates are below with more to be announced soon.

On Heritage, Dangermuffin reaches into their creative arsenal to craft an album showcasing the band's signature coastal-influenced grooves melded with Americana sensibilities and Appalachian fingerpicking. The album's lyrics contemplate the universal human connection to our ancestors, ancient traditions and symbols while yearning for humanity to get back to its roots. It is an audible showcase weaving introspective lyrics with catchy, nimble guitar riffs. Six of the eight songs were recorded acoustically adding to the album's organic feel; and although Dangermuffin has performed as a trio for nearly a decade, the recent addition of their newest member Markus Helander of Finland on drums makes Heritage the band's most progressive album to date. Fittingly, the album's soaring vocals were recorded in Charleston's historic Unitarian Church, a National Historic Landmark built in 1772.

Heritage opens with "Ode To My Heritage", a twangy foot-tapping gospel featuring vocalist/ guitarist Dan Lotti's vibrant tenor. On "Waves", the quartet channels an island feel with Mike Sivilli's arpeggiated guitar and jubilant vocal harmonies complimented by sunny saxophone tones from guest musician Mike Quinn. "Ancient Family", the album's lead single, meditates on our ancestral connections and cosmic currents. Lotti sings "My ancient family/ will you rise up with me" as breezy guitar licks and vocal harmonies swirl and emblaze. On "Ol' Fidel", the album's fifth track, Dangermuffin builds an acoustic reggae foundation that explodes into an all out jam.

"One Last Swim", a tribute to band's late friend percussionist Kirk Horn, closes out the album. Dangermuffin befriended Kirk in Columbus, OH while touring through the region over the last several years. When Kirk fell terminally ill, he moved to a place he had never been, Folly Beach, SC, to experience the joy and deep connection to the ocean that his friends describe in their music. Lotti wrote the track in a fit of inspiration before realizing that the words were for and about his friend who performed on the track and passed on only a week later.

"To have a song mean something for somebody is the epitome of the best possible thing you want as an artist," describes Lotti. "I want this album to help as many people as it can." 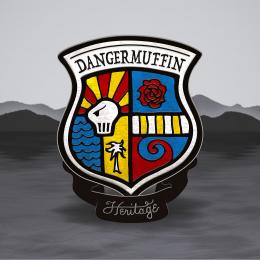 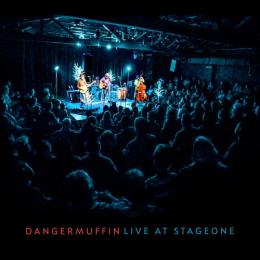