Catching up with Joe Kwon of the Avett Brothers

Since joining forces with The Avett Brothers on their “Emotionalism” tour and on the recording of their album of the same name, in 2007, Joe Kwon, cello, still remains somewhat of an enigma. To ease my curious nature, in his regard, Joe was kind enough to spare a few minutes and talk with me via phone from his home in North Carolina. 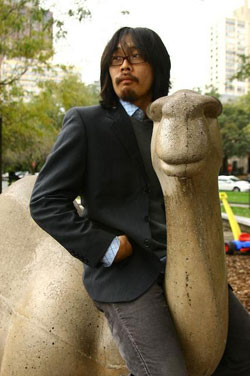 HGMN:  How have you been doing with two months or so off since the end of the "Emotionalism" tour?

Joe:  I've been doing pretty well, except for this lousy cold  and congestion I've been trying to fight off.

HGMN:  Ugh.  That's not good.  I know you all have been enjoying some much earned and needed time off.  Any plans on going on tour with The Avett Brothers again?

HGMN:  You come from a classical music background, if I'm correct.

HGMN:  When did you begin to play instruments?

JK:  My mother started me on piano when I was about three, but I don't think I did very well with it.  Then when I was nine, she started me on cello.  I fell in love with it and it just took off from there.  I really liked it.  It's been about 19 years.

HGMN:  Now, if you don't mind me asking, what is your heritage?

JK:  I'm Korean.  I was born in Korea and moved to the United States when I was one.

JK:  Yeah.  Actually, the way we met was I was playing with a band call Big Pretty and the Red Rockets.  We were playing in Winston-Salem and at that point, the guitarist, Leon, and I were big fans of The Avett Brothers.    We had all of their CD's at that point, and we realized that The Avett Brothers were also playing in Winston-Salem, so we decided we'd go and check them out.  We could hear them from where we were.  We could hear them playing.   (laughs)  We made our way to the festival they were playing there and we paid our $5 a piece to get in.  We watched their set, enjoyed it immensely  and then had to leave to get back to play our set.  We played our set, about 3/4  of the way through it and then Bob walks in.  (laughs)  Leon and I were nudging each other, like "Bob Crawford's here."  (laughs)  It was very fun and he came up to us after the show.  Then he talked with us about Ingrid, Leon and myself, about playing with him on "New Jersey Transient."  Which is how I ended up meeting the Avetts.  While touring, promoting 'New Jersey Transient' we ended up opening up for The Avetts, as New Jersey Transient.  At that point , they had all ready begun starting recording "Emotionalism" and they were, like, "well, we need a cello player."  Luckily, they liked what I did and here I am.  That is how our whole relationship started.

HGMN:  With such a lengthy classical cello background, and having to transition to the bluesy, jazz feel of Big Pretty and the Red Rockets and then an even more profound transition to "The Avett Brothers' sound, was it difficult? 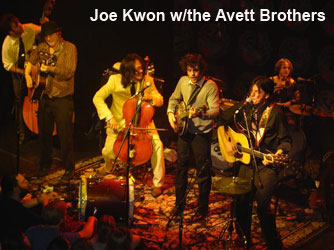 JK:  Leon was actually the guy who got me to change over.  I'd never played anything other than classical.  There wasn't much time actually.  I used to work for IBM, which didn't leave much for down time.  I would play with Leon every once in a while, but having played classical cello for so many years, well, you can't really improvise on classical.  (laughs)  It took me a good two years for me to kind of break that classical mold, if you will.

HGMN:  Your stage presence is phenomenal.  Is this something you had to work on, or, say practice?  Or does it come naturally through the course of a live performance?

JK:  (laughs)  No. Actually, I kind of just go with whatever's going on.  There is no practicing, per say, with the guys in how we act on stage.  We each just go with how we feel at that moment.  It works well.  It's not coordinated before hand or anything.  They've never told me to act a certain way, or to do this or that.

HGMN:  So you have free reign in that regard.

JK:  Yeah.  They realize what my background is and they let me do what I am comfortable with and support me in that.

HGMN: You had stated earlier that you and The Avett Brothers are heading back out on the road.  The schedule looks lengthy and rather full.  How have you been able to separate your professional time with your personal life, being out on the road so much?

JK:  Yeah, that is the hardest part for me, figuring out how to manage that time.  While on the road, I do miss my family, wish I was with them more, that sort of thing.

HGMN: Do you get advice from the other's on how to handle this; missing  home and handling your time on the road?  Since you are newer to this touring thing. 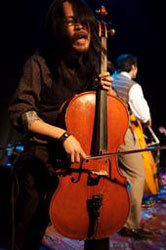 JK:  Yes.  You just have to use your time wisely.  When you are home, you're home.  You don't just sit around and watch TV all day.  That's not an option.  You realize you are with those who love you and how much you want to spend time with them, and they want to spend lots of time with you.   It's really important to do that.  We really try to stay grounded with that.

HGMN: How has it been, traveling so much on the road, in the RV, all of you, cooped up together?

JK:  (laughs)  We do some stuff together, but usually its mostly about keeping to yourself, keeping your own space.  We are all the time together, so we really cherish our alone time.  For instance, if someone's had something bad go on back home, we may not know about it.  You don't want to just assume that everyone is just as jolly as you are, or vice versa.  We really do keep to ourselves, read lots of books.

HGMN:  Do enjoy any certain type of book? Favorite author?

JK:  (laughs)  I love to read.  I go through  a huge stack of books when on tour.  Pretty much Bob and I, one thing we like to do is to go through used book stores.  We can spend a lot of time in one.  (laughs)  Everyone has their thing, though.  I like to read.  Scott likes to draw and write songs, for instance.  So we do a lot of our own thing.  But there are other times when we do things together to help pass the time.  We play each other on soccer games in the RV and that sort of thing.  It keeps the monotony at bay.  With everyone being as diverse as we are, there's always something that can go on.  (laughs)

HGMN:  With Scott and Seth doing most of the music writing, do you get to put in your own creative input during the writing process?

JK:  The way that they write songs, is, well...we may not hear a song until a few months after it's been initially written.  They'll bring it, you know, to like a rehearsal, or a sound check even...(laughs)  and play it.  Then ask the rest of us to play along and are very much open to comments from everyone, suggestions and the like.  They are very open to my cello suggestions.  If something I play sounds right, we use it.  If it doesn't then we all work on different ideas for the cello part for a certain song.

HGMN:  That must be challenging.  Totally different than the classical, playing music by route sort of thing I would imagine.

JK:  (laughs)  Yeah, classical cello, I have found, is a good background to have, strong, to pull from.  Over the years, though, I have learned that there are all sorts of different sounds, besides the classical aspect, that the cello can make.  It's been a learning experience, certainly and a challenge.

HGMN:  It sounds as if this experience is helping you to grow more, musically, as an artist in your own right, as well.

HGMN: What do you foresee for yourself in the long term, after this current tour with The Avett Brothers is over.?

JK:  As long as they'll have me, I'll continue to play with The Avett Brothers.  It's been a dream come true for me.  It's exactly what I've always wanted to do,  to enjoy what I do for a living and to be allowed to be creative while doing it.  I consider myself, at this point in my life, to be one of the luckiest people alive.

To catch up with The Avett Brothers in a town near you, check out their tour schedule on their myspace page at  http://www.myspace.com/theavettbrothers or on their website at www.theavettbrothers.com. 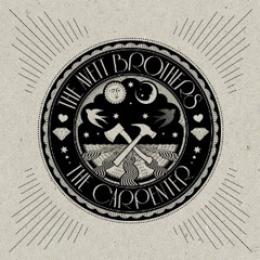