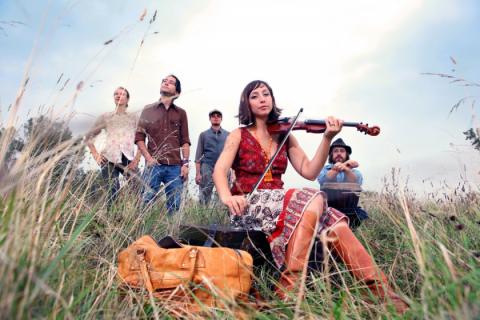 Like a mix tape made by a well-traveled friend, The Ragbirds music is diverse and foreign, yet somehow familiar. The voice at the front of The Ragbirds carries the freshness of the journey itself, and the lyrics point out the scenery like a friendly tour guide.

With a brand new album in 2012, this up-and-coming Michigan band has been traveling the country with their “infectious global groove”  gathering a passionate grassroots fan base of all ages.

The 2012 release of  The Ragbirds fourth studio effort Travelin’ Machine is a new milestone for the band.  It’s the soundtrack of the observant road-warrior, with layers of world grooves that stir the listener to move. The songs strike a balance between home and adventure, drawing upon elements of Pop, Gypsy, Afro-Cuban, Celtic, Middle Eastern and African sounds, with a little Cajun spice.

The energy of multi-instrumentalist Erin Zindle demands attention.  She is the songwriter and front woman of the band, skillfully switching between violin, mandolin, accordion, banjo and percussion, all while dancing. Zindle wears an infectious smile and a positive message, always spun through a poetic loom.

“It’s folk-rock music at the heart of it”, says Zindle, who started the band with her husband, percussionist Randall Moore, “but I’m influenced and moved by sounds from all over the world”.  This interest in world music came first from her own roots.  With two Irish grandmothers, the young violinist struck ancestral gold when she discovered Celtic fiddling as a teenager.  At this same time the music of artists like Paul Simon, Rusted Root, and Peter Gabriel stirred up a deeper longing, bringing distant ethnic sounds into her small suburban Buffalo, NY bedroom.  She began seeking out the source of these sounds and her love for travel and world music became a life-long passion.

Zindle and Moore began their relationship busking on the streets of Ann Arbor with Celtic and gypsy fiddling over tricky beats of tambourine,  Middle-Eastern doumbek and tabla. In 2005 the duo gathered three band mates and began to record Erin’s original songs.  This recording was released a few months later as The Ragbirds debut album “Yes Nearby”.

2007′s travel-themed “Wanderlove” was Homegrown Music Network’s #1 selling album in the fall of 2008. Erin’s brother, guitarist T.J. Zindle, joined the band in 2008 and brought a grittier rock-n-roll edge to The Ragbirds’ sound while multiplying the band’s stage energy.  The 2009 international release of “Finally Almost Ready” saw the band invade Japan with the single “Book of Matches” reaching #1 on the charts in Osaka. In 2010 the current lineup came together with bassist Brian Crist and drummer Loren Kranz ,and The Ragbirds reached yet another milestone in their young careers when they independently marketed and sold their 10,000th album.

The Ragbirds albums have received local and national praise, hailed “Highly impressive!” by USA Today and touted as “Astounding international eclecticism” by Reveal Arts.  In just six years the band has performed in over forty states to a tune of 150+ shows a year. Crisscrossing the nation in their converted diesel bus that runs on recycled waste vegetable oil, promoting environmental sustainability,  The Ragbirds have become festival favorites.  They have won over crowds at  Rothbury, 10,000 Lakes, CMJ Music Marathon, Summer Camp, Electric Forest, Wheatland, Blissfest, Wookiefoot’s Harvest Fest,  Ann Arbor Folk Festival, Hookahville, and many more, and have shared stages with Rusted Root, Matisyahu, Railroad Earth, John Butler Trio,  Toubab Krewe,  Cornmeal, Greensky Bluegrass, Hot Buttered Rum,  Jeff Daniels, The Everyone Orchestra, The Duhks, and many others.

For all their traveling, The Ragbirds maintain a steady connection to their home base.  While reflecting on Michigan, Erin had this to say “… It’s a beautiful place to be, snuggled in the Great Lakes, close enough to hold hands with Canada. It is connected to a secret, mysterious, magical place called the U.P., but most of all there is an amazingly talented and humbly supportive music community that spreads through the state, clustered into groups in Ann Arbor and Lansing, Grand Rapids, Flint, Traverse City and Detroit. The scene (and scenery) keeps us fueled with love and inspiration.”

“It’s rare to hear something new and exciting in the realm of folk/roots music, but the careful alchemists of The Ragbirds have given us just that!”
-Bryan Rodgers, Homegrown Music Network

“The most engaging new band I’ve heard this year is The Ragbirds….eclectic, restlessly creative, poetic, and delivered with confidence, it grows on you with every listen.”
-Jeffery Overstreet, Looking Closer

“This is evidence of the very best of what independent contemporary pop music has to offer”
-Thom Jurek, All Music (AMG)

“The Ragbirds have gestated a sound and experience so unlike anything you’ve seen in these parts, you may begin to wonder if you’ve teleported to another land”
-Cheryl Wilson, The Uncommon Sense Magazine

“I feel like I’ve stumbled across a band that’s destined to achieve the same level of cult-greatness as The Innocence Mission, Bruce Cockburn, Ron Sexsmith, Sufjan Stevens, and yes, even Over the Rhine…. The Ragbirds debut album, Yes Nearby, is a work of astounding international eclecticism, mixing everything from reggae to Celtic to blues music along with plenty of world music into a unified, enchanting whole”
-Josh Hurst, Revealarts

“In an era of catchy but ultimately unsatisfying pop tunes, this is a welcome treat!”
-Roger Lelievre, The Ann Arbor News

“The first time I heard them play I was stunned….I heard their music and literally stopped in my tracks. Their music is not only inspiring and powerful, but a successful experiment in teleportation as well”
-Jamie Bradish, The Ypsilanti Courier 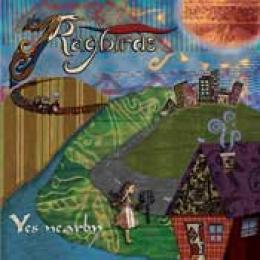 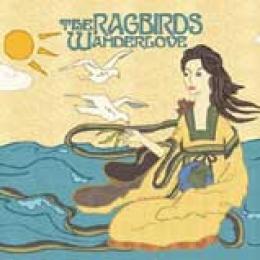 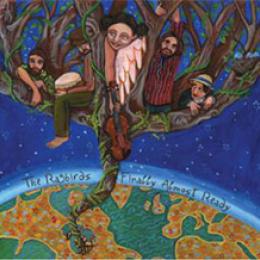 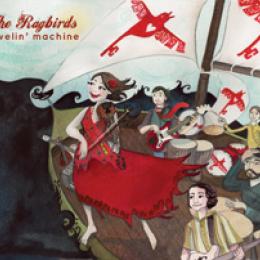 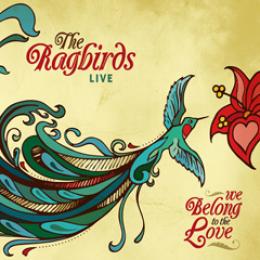 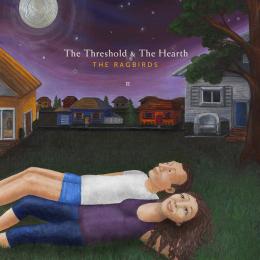