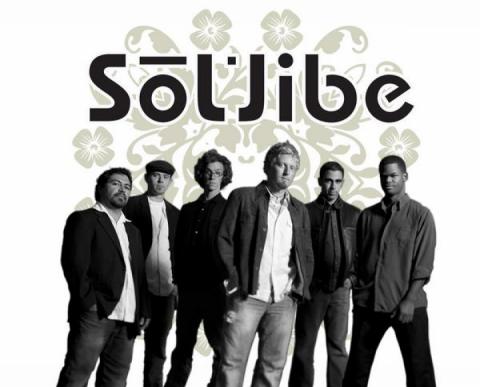 There's more to the Biggest Little City in the World than empty wallets and cheap hotel rooms — especially if you like your rock jams blended with roots music, electric violin, world rhythms, and picante Latin zest.
Founded in Reno, Nevada, in 2002, Sol'Jibe is independently gaining national exposure and winning over fans wherever they play their intoxicating, effervescent "world rock for the Gypsy soul." Fans young and old and everywhere in between from throughout the western U.S. have purchased upwards of 20,000 copies of Sol'Jibe's first two albums, "On Your Feet" and "Marinero," and sales of the band's most recent effort -- an EP titled "New Day" -- are quickly surpassing previous efforts. "New Day" is also getting played extensively on dozens of college and Internet radio stations like AccuRadio.com and Live365.com, as well as XM Satellite Radio. Voted Reno's best band from 2005-2008 by readers of the Reno Gazette-Journal and 2006-2008 by the Reno News & Review, Sol'Jibe won Harrah's "Search for the Stars" competition and is on regular rotation on its hometown Triple-A radio station 100.1 The X (KTHX-FM).

Sol'Jibe's sound -- which is often described as Dave Matthews meets the Afro-Cuban All Stars -- is driven by the expressive vocals and violin of Tim Snider. Tim, who began playing classical violin at the age of three, longed to immerse himself in the music of other cultures. After graduating from high school he trekked to southern Spain to study music with the Gypsies, honing his skills and enriching his style. He returned home and started a band in 2002 with a distinct sound that can only be described as Sol'Jibe. The group has toured relentlessly ever since, staging upwards of 200 concerts and clinics annually. However, Sol'Jibe's growing reputation for musical innovation also reflects the talents of a half-dozen other diverse, extraordinary musicians: bassist Fernando "El Nando" Flores, pianist Joel "J" Cowell, drummer Caleb "Escandalo" Dolister, multi-instrumentalist Justin "JK" Kruger, and saxophonists Jonathan Phillips and Jimmy Hoover.

Consistently performing to full houses, Sol'Jibe maintains a strong sense of purpose for themselves as musicians. Their goal is to explore different cultures and styles of music around the world and return to share their experiences with others through their art. In pursuit of this dream, the band has traveled extensively throughout Central America and the Caribbean, completing an intensive, three-week residency at the National School of Music in Havana, Cuba, in 2004. Since returning home, they have encouraged children and young adults to expand their cultural horizons via music by conducting concerts and clinics at more than 50 K-12 schools and over a dozen universities in Nevada, California, Oregon, Washington, Idaho, and Montana.

Sol'Jibe is sharing their vision with a growing legion of fans. The band made its major festival debut at the 2007 High Sierra Music Festival. The following summer saw them playing on the Grandstand Stage (main stage) at the High Sierra Music Festival, as well as performing at the Spring Shakori Hills GrassRoots Festival in North Carolina, the Joshua Tree Music Festival in Southern California, Lightning In A Bottle in Santa Barbara, Seattle Hempfest, Earthdance in Northern California, and the Cirquinox Fall Equinox Music Festival in Oregon.  The band also performed at the Sundance Film Festival in Park City, Utah, in 2005 and 2006, and headlined community concert series in California, Idaho, Montana, Nevada, Oregon, and Washington. Sol'Jibe has opened for such national acts as Michael Franti and Spearhead, Robert Randolph and the Family Band, Michael McDonald (at Red Rocks Amphitheater in Colorado), New Monsoon, Steel Pulse, Grupo Fantasma, Eric McFadden, David Lindley, and Dave Koz.

Sol'Jibe's dream of fusing diverse world-music influences with their own blend of American rock is taking them to new heights, and it's only a matter of time before the masses take notice. Check out their upcoming tour dates here!
Genres:
Rock
World Rhythms
Roots
Acoustic 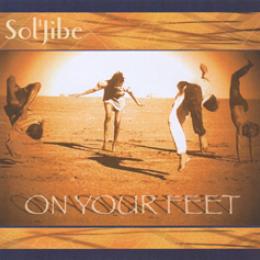 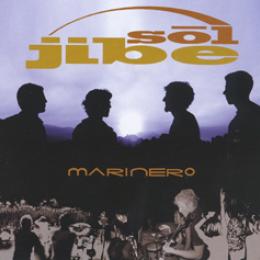 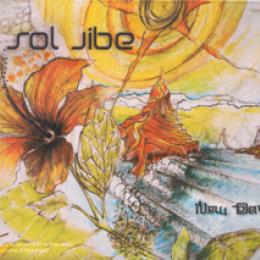