Various Artists - Sharin' in the Groove: Celebrating the Music of Phish 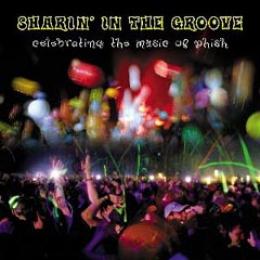 The purchase of this CD supports the Mockingbird Foundation!

This exciting tribute CD is sure to make your head spin! The range of artists captured paying homage to Phish on this CD is truly amazing....and a testament to the massive influence that the Vermont quartet have had on music as we know it! The discs are structured like a Phish show, with two sets and an encore. All proceeds from the sale of this disc go to children's music education, thanks to the efforts of the Mockingbird Foundation.

Review of "Sharin' in the Groove":

"Tribute album". The term makes some people cringe. Some music fans love it. The tribute album format has seen more ups and downs than a tollgate on the New Jersey Turnpike. No artist is safe from having their music turned upside down, faithfully or not, by other artists. Tribute albums have been used to pay homage, to jump-start careers, and apparently, just to make a buck without putting forth a lot of effort. Recently, a rash of bluegrass tribute albums only served to increase public disdain for such projects. Despite worthy albums like the "Pickin' on Widespread Panic" and "Jamming: A Tribute to Bob Marley" bluegrass tributes, the market is flooded. If you're going to put out a tribute album these days, it better be damn good. Enter "Sharin' in the Groove: Celebrating the Music of Phish", a double-disc ninja of a tribute album, defeating all such opponents.

Hastily made tributes, like those to The Dixie Chicks and Rage Against the Machine, have demolished the notion of paying tribute to an artist after their heyday. Despite the change, it still seems a bit odd to see a Phish tribute set. It seems that a "tribute" would be best saved for artists who have logged decades of work. Phish has probably produced half a century's worth of music since 1983, though it has been somewhat unnoticed by the standard world. For a band that has wriggled so deftly in and out of the mainstream, this tribute gives hardcore fans even more assurance that their heroes have and are creating music that will influence just as many humans as have influenced the band. Above all, the same hardcore fans made this tribute happen with the same attention and devotion to Phish that they have displayed for more than a decade.

After the release of The Mockingbird Foundation's Phish Companion book in December 2000 (the completion of the book coincided eerily with the announcement that the band was taking a hiatus), the charitable organization focused its attention on the idea of a Phish tribute CD. Countless hours of organizing, negotiating, dreaming, and believing in their cause resulted in a wonderfully done tribute, and the vast majority of the proceeds from sale of the discs go to music education programs for children. Already over $420,000 has been donated to programs.

With fans jonesing for anything to do with Phish, and artists performing their selected tracks in concert or releasing info about the tracks, anticipation for the tribute's release grew palpable. Merl Saunders began performing "Julius" occasionally, Little Feat's version of "Sample in a Jar" received radio play, and more and more bands were added to the tribute. When it finally came out, stores and fans around the country scrambled to obtain copies. "Sharin' in the Groove" became an instant success, and The Mockingbird Foundation can now give even more needed funds to charity. It's a safe bet that lots of music fans felt that they, too, had been given something out of the kindness of someone's heart.

The music on "Sharin' in the Groove" brings several things to light. One of them is that Phish's music is as powerful, dynamic, intelligent, and downright fun as any music that has been conceived. If there was any doubt that the music would ever achieve legendary status, it has been erased by this tribute. Usually, artists perform tributes to people who have influenced them. So uncommon is it to hear another artist perform a Phish song that when it actually happens, the impact is tremendous. The fact that the artists on this album, most of who have greatly influenced Phish, took the time to learn and interpret Phish songs is amazing. The results are well beyond that.

Disc one (or "Set One") takes a look at some of Phish's more concise tunes. Most of them are not the type of song that the band improvises with in concert. "Bouncing Around the Room", performed by Arlo Guthrie with Xavier, starts the album. It's pretty much what you would expect. "Bouncing", after all, has changed less over the years than any other song. The first expression of utter disbelief will cross your face as you hear cocktail-rocker Jimmy Buffet launch into an almost Rasta version of "Gumbo". The songs ridiculous lyrics sound even more absurd when laced with Buffett's lazy Caribbean vocal. HGMN members and Vermont natives Gordon Stone Trio offer up a tasty version of "Runaway Jim" that showcases Stone's versatile banjo/pedal steel guitar abilities. Also on display is the somewhat newfound vocal prowess of drummer Russ Lawton, who has been the drummer for Trey Anastasio's side tours since the first one in 1999.

Next up is longtime Phish lyricist Tom Marshall and his current band Amfibian faithfully interpreting "The Wedge", which features lyrics that Marshall wrote long ago. In contrast to the rest of the disc, this tune has a little extra jam tacked on the end. Hot Tuna's version of "Alumni Blues" follows. The silliness inherent in Phish versions is apparent here, but with a more laid-back blues arrangement. The next track is a delicate acoustic version of "Waste", performed by Dave Matthews. Matthews accurately captures the somber mood of the song with his tender vocal performance. "Suzie Greenberg" is next. This classic Phish tune gets a classic blues vocalization by the legendary Son Seals, with a firm musical backing from HGMN members Rebecca's Statue. Little Feat's version of "Sample in a Jar" is a bit rickety. However, they put just enough of their classic southern sound into it to make it interesting.

The final track on disc one is "My Friend My Friend/Guyute" performed by The Vermont Youth Orchestra and arranged by Trey Anastasio. The sweet orchestral swoosh that the ensemble adds to these songs is a glimpse into just how complex Phish's music is. The manner in which "Guyute" is interpolated into "My Friend My Friend" is breathtaking. This is also the only live track on the tribute.

Disc Two ("Set 2") contains more open-ended, experimental music and some of Phish's more jam-oriented songs. "Makisupa Policeman", performed by reggae legends The Wailers, opens disc two and might be the coolest track on the album. The song is a natural fit for the band, and they even concocted a nice freestyle rap in the middle in which the narrator relates a story about policemen coming into his house. The funky vibe of the disc continues with Tom Tom Club's version of "Sand". Though phans have had mixed reactions to this interpretation, Tom Tom Club manages to capture the hypnotic, almost hip-hop rhythm of "Sand". However, it lacks the free-for-all jamming that has come to characterize this tune. The next track, "Tweezer/Magilla" performed by trumpeter Michael Ray and his Cosmik Krewe, is a joyful, energetic synopsis of the two songs' main melodies. A low-key, jazzy "Tweezer" riff gives way to a spastic take on "Magilla". "Tweezer" then resurfaces in the form of a pounding, piano-laden chant of the lyrics. "Julius" is next, and is given the instrumental treatment by Merl Saunders and His Funky Friends. They couldn't resist singing the "Don't take another step" section, though!

The next track, "Cars Trucks Buses", is definitely one of the best interpretations on the album. Turntable guru DJ Logic and his band are joined by guitar maestro John Scofield on the track, and the results are astounding. The track begins with Logic sampling Trey's "Message of Peace" from New Year's Eve 1999, which involves proper driving techniques. The song's boogaloo breakdown begins with Logic using crowd noise from the show as a rhythmic instrument and Scofield neatly laying the melody on top. The second half of "Cars Trucks Buses" kicks in with a pounding dance beat that makes the song ready for the dance floors of America! It is a fitting testament to the versatility of Phish's music. Finally, Logic begins sampling the crowd's "Wilson" chant and mixing it up, alluding to the intangible bond that Phish has with their fans.

Now it's time for some serious rock and roll. Preston School of Industry (featuring Scott Kannberg of Pavement) serves up a deliciously raucous version of "Axilla II", complete with raging vocals and gritty lo-fi sound. Nothing can prepare you for the next track, "Chalkdust Torture", which gets ripped to shreds by Los Villians. Los Villains includes David Hidalgo and Louie Perez of Los Lobos performing with Dave Jr., Louis III, and their "very L.A." band. "Chalkdust", already full of angst, gets injected with turbo-charged hostility. Los Villains even make up their own words after a bit, perhaps in an effort to avoid the oddly sung final lines of the verses. The result is a noisy, aggressive version of one of Phish's more fierce tunes.

The album's final section consists of dreamy electronic explorations and more compositional reinventions. Japanese avant-garde outfit The Boredoms contribute a loose jam based on "End of Session" from Phish's 1998 Story of the Ghost album. The soaring jam is sprinkled with teases of the main guitar riff from "Free". A perfect follow-up to this mellowness is the amalgam of A Picture of Nectar's final three tracks, "Faht->Catapult->Tweezer Reprise", performed by HGMN members Lake Trout. "Catapult" is given a hellish slant that makes the lyrics even creepier, and Lake Trout puts their familiar organica stamp all over "Tweezer Reprise".

Bringing things back to firmer ground are the last two tracks, an acapella rendering of "Poor Heart" by International Barbershop Quartet Champions FRED, and a spirited "Golgi Apparatus" courtesy of The Stanford University Marching Band. I think the Marching Band says it best: "Our performance of Golgi Apparatus represents our triumphant return to the Phish fold, and finally gives the world what it so desperately needs: an absolute slaughtering of a beautiful, beautiful thing."

"Sharin' in the Groove" is welcome relief for Phish fanatics who crave anything and everything to do with the band, and an awakening for any doubters who might have questioned the band's musical girth and contributions to music in general. The Mockingbird Foundation's efforts have not only benefited numerous charities, but music fans worldwide. 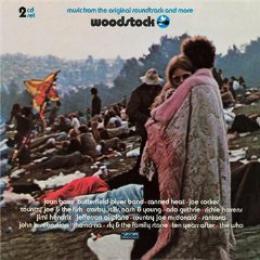 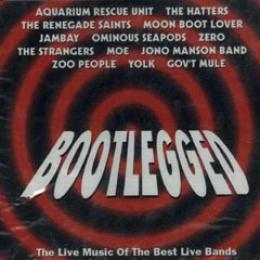 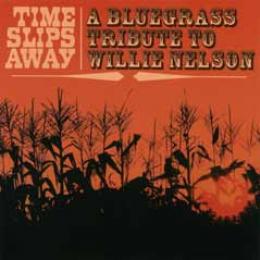 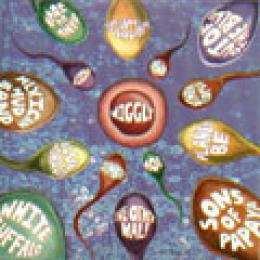