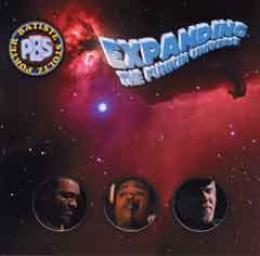 No proper discussion of New Orleans music could omit these three guys! As a trio, they take the style they helped perfect over decades and somehow expand its boundaries, utilizing their considerable individual skills to create a full and celebratory sound.

George Porter Jr. - "If I could not perform tomorrow, I know that I would still feel good about where I am today" -George Porter, Jr.

A brief look at George Porter, Jr.’s career will prove that he is the premiere bass player and performer. Unmatched and in a league of his own, his career has spanned nearly thirty years working with artists as diverse as Robbie Robertson, Tori Amos, David Byrne and Earl King. Further inspection at the roster of artist with whom he has performed is a virtual Who’s who of the entertainment field. Beginning in the 60's, his career started with Eddie Bo and Irving bannister & His All-stars. His recording career also began at that time, recording hundreds of songs with Allen Toussaint, Earl King, Lee Dorsey and Johnny Adams. 1965 began a collaboration that has lasted to this day with the Legendary Meters, considered by many, the best Rock-Fusion Band in the world. The seventies and eighties took George Porter, Jr. into the realms of Rock and Pop working with Dr. John, Paul McCartney, Robert Palmer, Patti Labelle and Jimmy Buffett, amongst others.

The nineties might very well prove the most auspicious, as he gains further recognition due to his work with Robbie Robertson, David Byrne, Tori Amos, Gov't Mule and The Funky Meters. Born and raised in New Orleans, Louisiana, George Porter, Jr. continues to live there; although his career has kept him on the road a good deal of the time. When not touring he can be found in the recording studio, performing in New Orleans, or sharing valued time with his wife Ara, and family.

Russell Batiste Jr. - His father, David Batiste, was leader of a family band, David Batiste and the Gladiators, credited by many with being one of the most pioneering funk bands. The Batiste family is one of New Orleans' most prolific musical families, with the Batiste Brothers Band and David Batiste and the Gladiators now playing regularly. Batiste children and grandchildren can be found playing with scores of other bands as well as leading their own projects. Russell began playing drums at age four and began sitting in with the family band at age seven. He was playing saxophone in the school band by fifth grade and can now hold his own on keyboards, trumpet, bass and guitar. He attended St. Augustine High School and was a member of the nationally known Marching One Hundred Band, playing in the drum section and writing cadences that are still heard during Mardi Gras parade season even today. He attended Southern University of New Orleans on a music scholarship, studying under the renown Edward "Kidd" Jordan. He left college after two years when he began traveling with the Charmaine Neville Band. He continues his love of marching bands by acting as assistant director of Redeemer-Seaton High School when his schedule permits.

Russell left the Charmaine Neville Band in 1989 to join with Art Neville and George Porter Jr. of the Meters and guitarist Brian Stoltz to form the Funky Meters. Russell was with George Porter and the Runnin' Pardners for many years and has played with a wide variety of performers including Harry Connick, Jr., Champion Jack Dupree, Robbie Robertson, Maceo Parker, Vida Blue as well as local and regional bands too numerous to mention. Along with Bonerama and his own band, Orkestra from da Hood, he continues to play with The Funky Meters and Porter Batiste Stoltz.

Brian Stoltz - Brian Stoltz has been gathering fans around the world and with the release of his two solo CD's, East Of Rampart Street and God, Guns & Money, he is becoming known as New Orleans' premiere guitarist and songwriter. He has, in equal measure, based his career on virtuosity, raw emotion and a blistering signature style. While touring and recording for 10 years with the world renowned Neville Brothers, he has created fluid and coherent bodies of work on his own. In addition to being in demand as a phenomenal guitarist, his skill as a songwriter has caught the attention of artists like Aaron Neville, the Neville Brothers, blues artist Coco Montoya, The Wild Magnolias, zydeco artist Zachary Richard and writer/film director John Sayles. Brian has continually fought to break the stereotype as a mere funk guitarist. Playing with articulate schemes - as Bob Dylan described him - his awesome virtuosity and unmistakable sound has been featured on recordings by artists as diverse as Dylan, Edie Brickell, Linda Ronstadt, the Neville Brothers, Dr. John, the funky Meters and Aaron Neville, to name a few.

His television appearances includes The Tonight Show, Saturday Night Live, Late Night with David Letterman, Austin City Limits, Cinemax and Showtime specials, and concerts with the Grateful Dead. Ever socially conscious, Brian toured, along with the Neville Brothers, U2, Peter Gabriel, the Police and Lou Reed as the torch-bearers of the first Amnesty International Tour in 1986 to raise consciousness of the fate of political prisoners around the world. He has received awards from CMJ (College Music Journal) and the New Music Corporation for Lifetime Achievement. His co-written Healing Chant, performed by the Neville Brothers, won a Grammy for Best Pop Instrumental in 1991. Brian was nominated for a 2004 Grammy in the Best Traditional Blues category for his solo rendition of You Gotta Move on Telarc Records' Preachin' The Blues: The Music Of Mississippi Fred McDowell. He has performed on numerous music videos and his songs and performances have been called the highlight of film soundtracks such as the legendary John Sayles' City of Hope and Robert Townsend's The Mighty Quinn. Brian now shares his time between writing and touring with Porter-Batiste-Stoltz and his ongoing explorations as a writer for his individual projects. 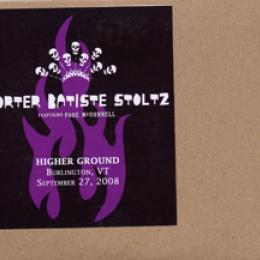 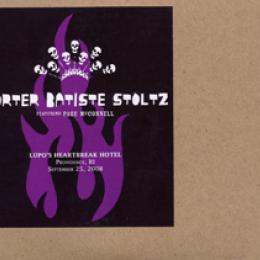 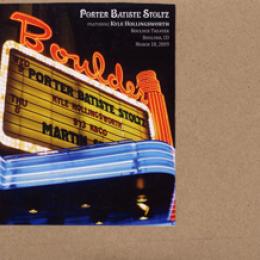