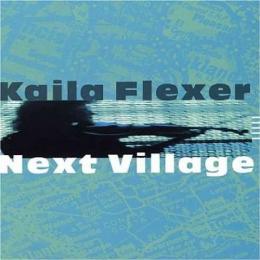 Kaila Flexer is a violinist, composer, producer and Artistic Director of Worldview Cultural Performances, an Oakland-based non-profit arts organization. She is best-known locally for having founded and produced Klezmer Mania!, a much-loved annual Bay Area Jewish music event for over 10 years (1989-2002). She has been at the helm of bands such as Third Ear, Next Village, The Klezmer Maniax and Kaila Flexer’s Fieldharmonik, ensembles that feature Flexer’s original material. As a composer, her work reflects her deep respect for folk music, while showcasing her ability to forge new and expansive musical landscapes. She has performed both nationally internationally with her own ensembles as well as with groups including The Hollis Taylor-Kaila Flexer Duo , The Flexer-Marshall Duo, Club Foot Orchestra, The Composer’s Cafeteria, The Bay Area Jazz Composer’s Orchestra and KITKA (Bulgarian Women’s Vocal Ensemble). She has recorded two CD’s of original music for Compass Records (Nashville) to critical acclaim. Flexer, along with collaborating organization The Crowden School, were recipients of a 2005-2006 Creative Work Fund grant (link to Current and Past projects page—Xylem Folkestra). Her current project is Teslim, (link to Teslim page) a duo that performs Turkish and Greek folk music as well as original music by Hegedus and Flexer. In addition to performing, Flexer loves teaching both violin and composition and has a thriving studio in Oakland, where she lives with her seven-year-old daughter.